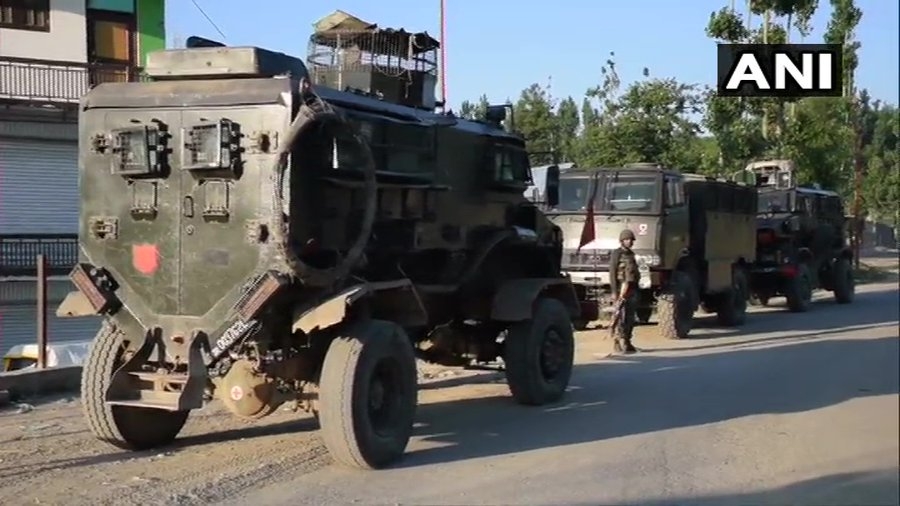 Six more terrorists were killed in two separate encounters with security forces in Pulwama and Shopian districts of Jammu and Kashmir, taking the number of ultras killed in the overnight operations to eight, officials said.

Security forces launched a cordon and search operation at Meej in Pampore area of Pulwama, in South Kashmir, on Thursday morning after receiving specific information about the presence of terrorists there, a police official said.

He said the search operation turned into an encounter after terrorists fired upon a search party of the forces.

One terrorist was killed in the gunfight on Thursday, but two more ultras entered a nearby mosque to take refuge inside it, the official said.

He said the cordon around the mosque was maintained throughout the night.

On Friday morning, security forces used tear smoke shells to force the holed up terrorists out of the mosque, the officials said, adding the two were then killed by the forces while maintaining the sanctity of the religious place.

In total, three terrorists were killed in the operation.

Inspector-General of Police, Kashmir, Vijay Kumar said no firing or IED was used to force the terrorists out of the Mosque.

The IGP Kashmir has congratulated the security forces in Kashmir for killing 100 terrorists in the valley this year so far. "Patience and professionalism worked. No use of firing and IED. Used tear smoke shells only. Maintained sanctity of the mosque. Both militants hiding inside mosque neutralised," the IGP said.

The forces had launched the operation thereafter receiving intelligence inputs about the presence of terrorists there.

While one terrorist was killed in the operation there on Thursday, four more were gunned down on Friday, Col Kalia said, taking the number of ultras killed in the encounter to five.

In total, eight terrorists were killed in these two overnight operations in the last 24 hours.