He had triggered a row when he said that groups who converted to other religions during the course of India’s history must be reconverted to Hinduism on a “war footing.”
Shankar Raj 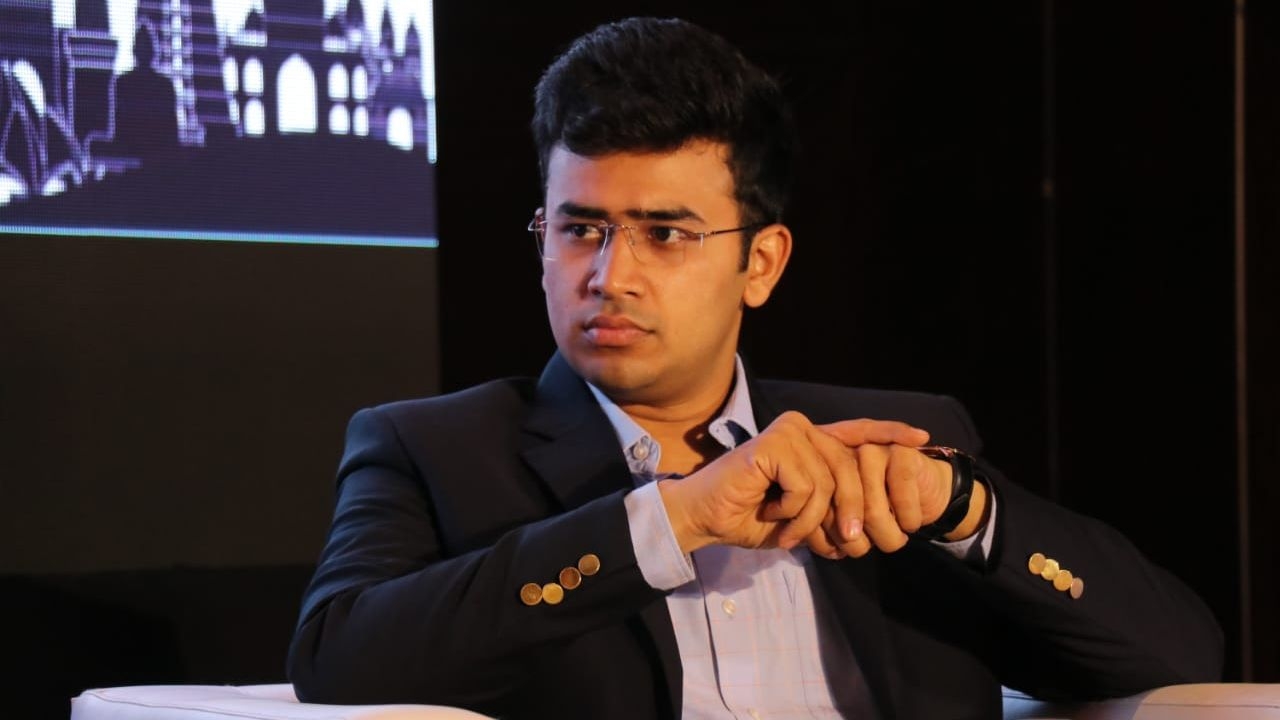 Controversial and often out-spoken BJP MP from Bangalore South Tejasvi Surya Monday withdrew his comments on the ‘reconversion’ of Muslims and Christians to ‘bring them back’ to Hinduism.

He withdrew the remarks because it ‘regrettably created an avoidable controversy.’

“At a program held in Udupi Sri Krishna Mutt two days ago, I spoke on the subject of ‘Hindu Revival in Bharat’. Certain statements from my speech have regrettably created an avoidable controversy. I therefore unconditionally withdraw the statements,” Tejasvi tweeted.

He had triggered a row when he said that groups who converted to other religions during the course of India’s history must be reconverted to Hinduism on a “war footing.” He made the remarks at an event at the Udupi Krishna Mutt Saturday.

The videos of Tejasvi’s provocative speech had gone viral on social media.

In addition to the ‘reconversion’ remarks, the Bengaluru MP had asked mutts and temples to ‘take leadership’ to propagate the idea of ‘Akhanda Bharath.’

“We have built Ram Mandir in this country. Article 370 of Jammu and Kashmir is done away with. We should convert the Muslims of Pakistan to Hinduism. We have to prioritise Ghar wapsi. Pakistan is included in the idea of Akhanda Bharath. Mutts and temples should take leadership in this regard,” he had said in his controversial speech.

“All the mutts and temples should have annual targets to bring back people to Hindu religion. For instance, there were people who had to undergo religious conversion because of Tipu Sultan. That is why it is important to bring these people back to the fold of Hinduism. That is the only way a renaissance can happen,” Tejasvi had said.

“The only option left for the Hindus is to re-convert all those who have gone out of the Hindu fold. There is no other solution. We wonder whether it is possible, because it does not come naturally to us. But today, we must evolve. This metamorphosis must come in our DNA,” Tejasvi said.

The MP said that in order to make the Hindu ideology stronger, “western” ideas such as Communism, “Meccaism” and colonialism must be understood in order to “defeat the enemy.” “If you do not know who your enemy is, you can never put up a defence,” he added.