In another blow to the Congress-Janata Dal (Secular) coalition, Karnataka Minister and Independent legislator H Nagesh resigned from the state cabinet on Monday and offered support to the BJP, if they form the government.
PTI 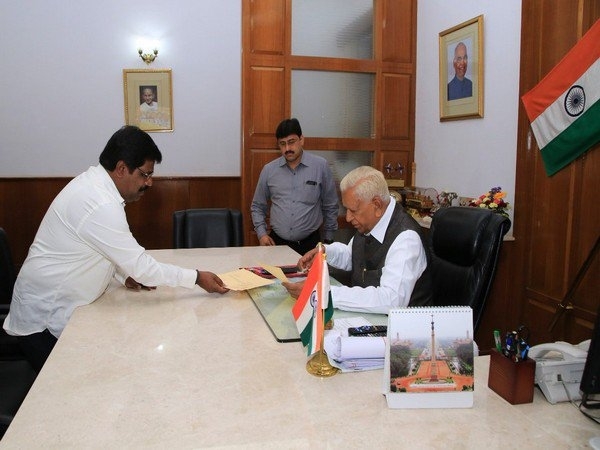 Bengaluru: Karnataka minister and Independent MLA H Nagesh resigned on Monday and withdrew support to the H D Kumaraswamy-led government, delivering another blow to the JD(S)-Congress rule in the state.

Nagesh, who was recently inducted into the ministry as small scale industries minister, met Governor Vajubhai Vala at the Raj Bhavan here and submitted the letter.

The move comes amid reports that ministers in the coalition government will be asked to step down to make way for disgruntled MLAs who have resigned as legislators.

The Congress-JD(S) government has plunged into crisis with 13 MLAs of the alliance submitting their resignations to the Speaker so far. The ruling coalition faces the risk of losing its majority if the resignations are accepted.

The JD(S)-Congress coalition's total strength after Nagesh withdrawing his support, is 117 (Congress-78, JD(S)-37, BSP-1 and Independents-1), besides the Speaker.

The BJP has 105 MLAs in the House, where the half-way mark is 113. If the resignations of the MLAs are accepted, the coalition's tally will be reduced to 104. The Speaker also has a vote.