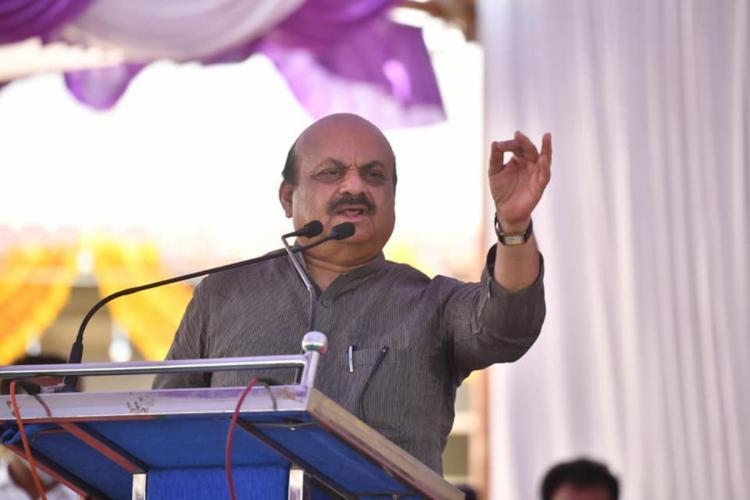 The Karnataka government will bring in a law aimed at freeing Hindu temples from laws and rules that control them at present, said Chief Minister Basavaraj Bommai on Wednesday, reported news agency ANI.

During BJP executive committee meeting in Hubballi, Karnataka CM Basavaraj Bommai said: "Currently, the Hindu temples are controlled by different laws and rules. We will bring a law before the Budget Session to make the temples independent."

CM Basavaraj Bommai also said that the government would constitute a special task force for the implementing the anti-conversion bill, once it becomes a law.

This is seen as another major move by the Bommai government after it got the contentious "Karnataka Protection of Right to Freedom of Religion Bill, 2021", popularly known as the 'anti-conversion bill' passed in the legislative assembly during the recent legislature session in Belagavi.

The Bill, however, is yet to become a law as it is pending for tabling and passage in the Legislative Council.

Stating that the government has been able to give momentum to the anti-conversion bill that had been pending for long, Bommai said it is because the BJP was committed to it.

"By ensuring that the anti-conversion bill becomes an Act in the days to come, I will also constitute a special task force for its implementation," he said.

Taking a dig at Leader of the Opposition Siddaramaiah for his comments that the Congress would repeal the proposed anti-conversion legislations immediately after coming to power, the Chief Minister said, "his dream will never come true and for this very reason you (Congress) will not come to power."

"The anti-conversion legislation, that provides for protection of the right to freedom of religion, will remain as long as the sun and moon are there," he added.

Bommai also said that the government has decided to develop Anjanadri in Koppal district (that has been revered for years as the birthplace of Lord Hanuman) to the international level.