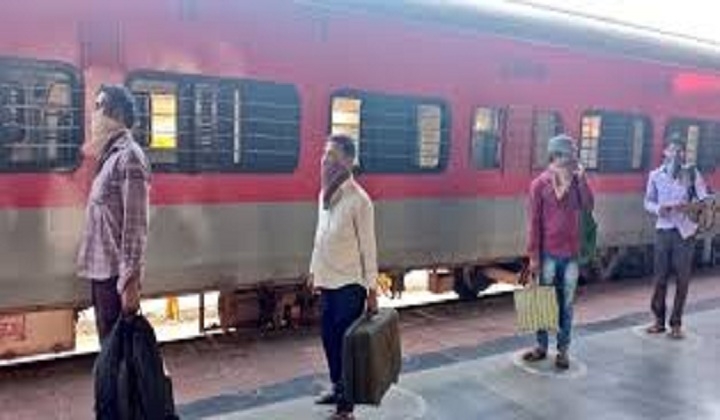 Bengaluru: Despite thousands of migrants in Karnataka waiting for trains to take them home, the state government has reportedly cancelled 13 trains citing ‘lack of passengers’.

An activist working for the workers had this to tell a local website: “It looks like since the government has to give free train service as announced by the Chief Minister following the case in the High Court, they want to reduce the number of trains.”

General Manager of South Western Railways AK Singh confirmed to the website that the state government had cancelled the 13 trains that were supposed to leave on Wednesday and Thursday.

This has baffled thousands of migrants who have been flocking to police and railway stations in Bengaluru in the hope of catching a train that will take them back home.

By its own admission, the state government had earlier told the Karnataka HC seven lakh workers have registered to go back home, but failed to go into specifics. Sources said there are 800 workers gathered at just one police station in Bengaluru who want to go to Bihar. Similarly, there are scores of police stations where migrant workers have registered themselves and are waiting for a train.

“We run the trains as per the state government's requirements. Any number of trains they want we can run. We prefer state govt gives us the schedule 1 week in advance. But many times, it is not possible for them. They have to inform us at least by 6pm the previous day. Yesterday we were told to cancel 4 trains to Bihar and 2 to UP which were scheduled to lea­ve on Wednesday as they do­n’t have enough passengers,” he told ‘The News Minute’.

Meanwhile, Karnataka recorded 135 new Covid 19 cases on Wednesday, bringing the total to 2418. The state has reported 2 new cases are from international travel, while total 124 cases were reported after returning as interstate passengers on Wednesday. This leaves 17 people who got the infection after contact with a patient.