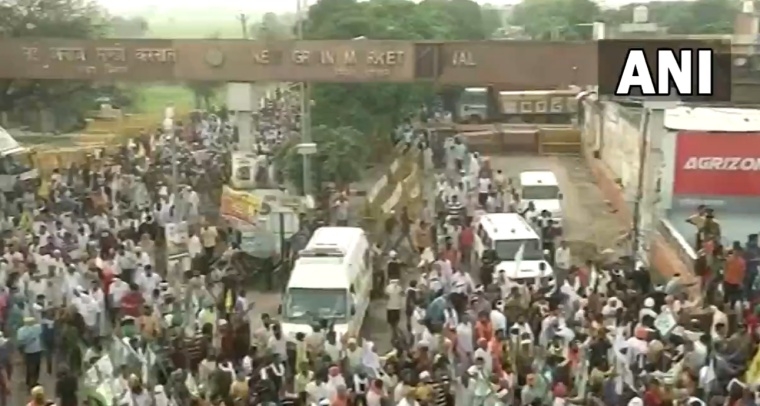 Thousands of farmers started marching towards the district headquarters here on Tuesday evening after union leaders said their talks with the local administration had failed. Farmer unions had demanded action against officials over the lathi-charge against protesters on August 28 in Karnal. Otherwise, they had threatened farmers will lay siege on the Karnal mini-secretariat - a threat they appeared to be carrying out.

Farmers reached the New Anaj Mandi for a mahapanchayat in the morning, riding tractors and motorcycles. As they gathered there, an 11-member delegation was invited by the local administration to discuss their demands and dissuade them from marching towards the secretariat.

"Our talks with administration failed as they did not agree to our demands," senior farm leader Joginder Singh Ugrahan said about three hours later.

Farmer union leaders then urged the large gathering at the mahapanchayat to march peacefully towards the mini-secretariat, five kilometres away. The leaders told the farmers not to enter into any confrontation with policemen, and squat in protest wherever they are stopped.

Thousands of protesters walked towards the secretariat carrying farmer union flags. Several barricades have been put up on the route.

Earlier, BKU leader Rakesh Tikait told reporters that they had demanded the suspension of the IAS officer who was caught on tape allegedly telling policemen to "break heads" of protesting farmers.

Rakesh Tikait, Balbir Singh Rajewal, Joginder Singh Ugrahan, Darshan Pal and Yogendra Yadav were among the senior Samyukt Kisan Morcha (SKM) leaders who had reached Karnal for the rally, being held days after a huge mahapanchayat in Uttar Pradesh's Muzaffarnagar.

Farmers from Punjab, Haryana and Uttar Pradesh have been protesting for months over the three farm laws enacted at the Centre, claiming that the legislation will lead to the erosion of the minimum support price (MSP) system.

Deputy Commissioner Nishant Kumar Yadav, Karnal's Inspector General of Police Mamta Singh and Superintendent of Police Ganga Ram Punia, were among the officials who took part in the talks with farm leaders.

Addressing the mahapanchayat earlier, Yogendra Yadav said, "We have come to ask the government which Constitution, which law gives an IAS officer permission to give orders to break the farmers' heads." "Under which law are police allowed to carry out brutal lathi-charge resulting in the death of one and injuries to several others," he added.

The authorities have, however, denied that any farmer died due to the violence on August 28.

The Haryana Police had that day lathi-charged a group of farmers disrupting traffic on the national highway while heading towards the venue of a BJP meeting.

Over 10 protesters were injured. The SKM had said a murder case should be registered against IAS officer Ayush Sinha over his alleged "break heads" remark.

Sinha, who was later transferred in a reshuffle also involving some other IAS officers, has now been posted as the additional secretary in the Citizen Resources Information Department.

Farm leader Gurnam Singh Chaduni said a meeting with district administration officials was held here on Monday as well. After failing to get any satisfactory response on their demands the farmers decided to hold a mahapanchayat on Tuesday, he added.

He had earlier sought the registration of a case against those involved in the lathi-charge.

#WATCH | Protesting farmers hop over barricades amid police deployment on their way to Mini Secretariat in Karnal, Haryana pic.twitter.com/Go8kk1UVmx

Security arrangements had been beefed up in Karnal a day ahead of mahapanchayat and central forces deployed.

Mobile internet services were suspended in Karnal and the four adjoining districts of Kurukshetra, Kaithal, Jind and Panipat until Tuesday midnight. Prohibitory orders under Section 144 CrPC banning gathering of people were imposed in Karnal district.

Traffic on the Delhi-Karnal-Ambala National highway was not disrupted while the panchayat continued, officials said. 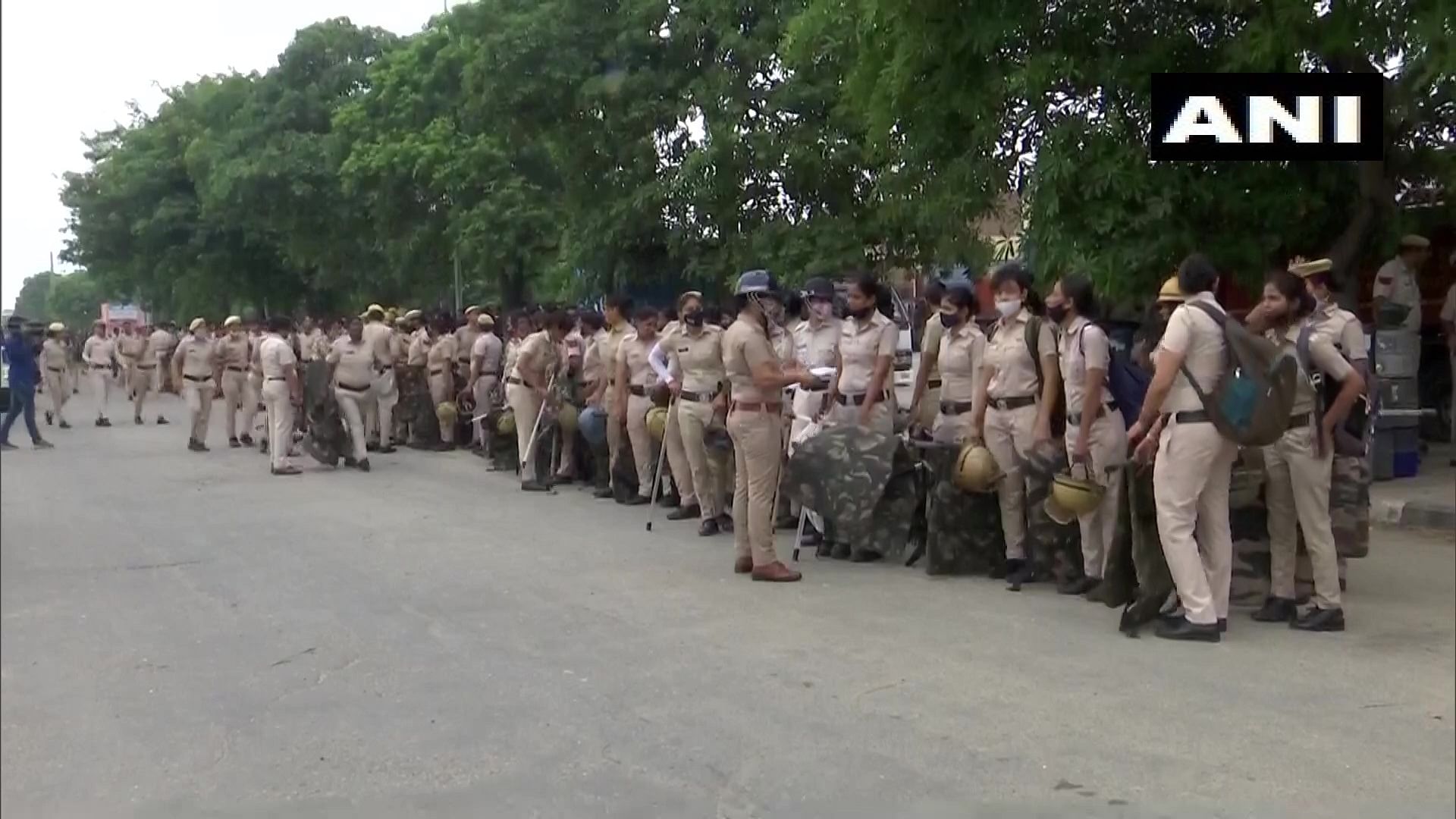