Kanpur man, jailed in Pakistan on charges of espionage, returns home after 28 years

As tears rolled down his weather-beaten cheeks, the years of torture, torment and suffering melted away.
IANS 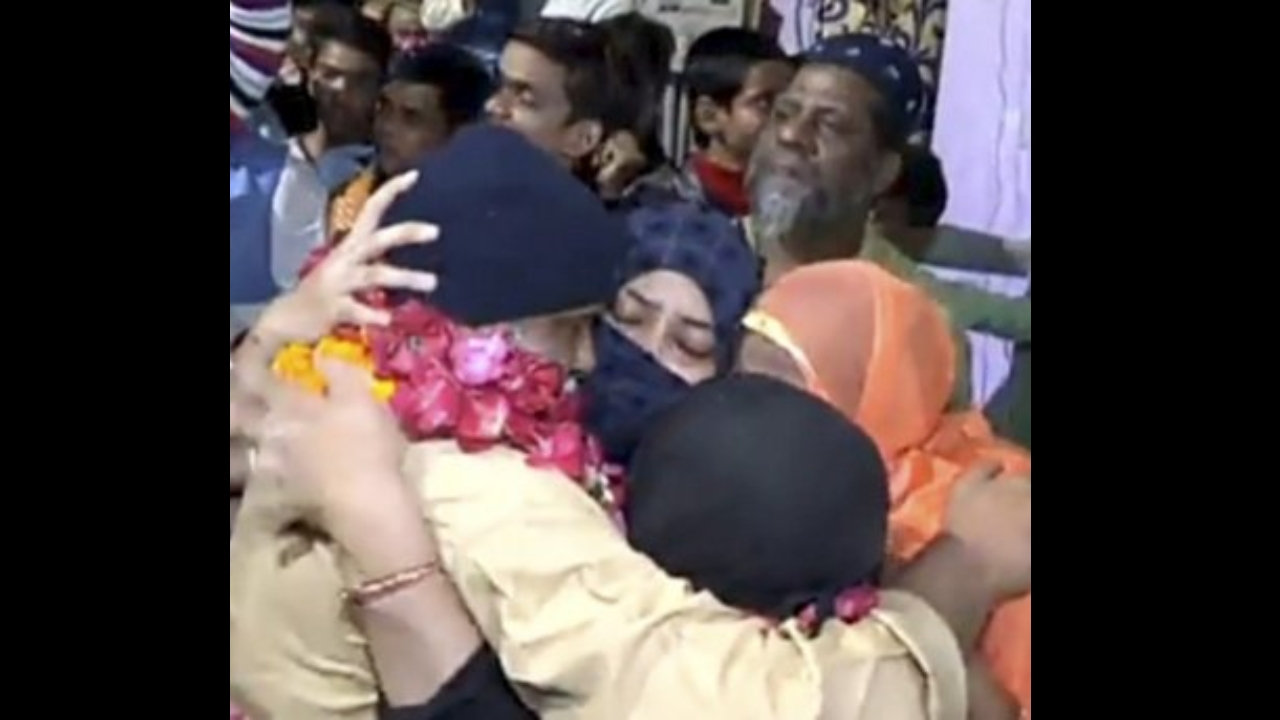 When Shamsuddin returned home after 28 years, it took time for emotions to burst out. And when they did, there was no stopping.

As tears rolled down his weather-beaten cheeks, the years of torture, torment and suffering melted away.

Shamsuddin returned to his home in Kanpur, late on Sunday night, after spending 28 years in Pakistan, where he was later jailed on charges of espionage.

Shamsuddin had left his home 28 years ago after a dispute with some family members. He went to Pakistan at the invitation of an acquaintance and stayed there. He managed to fake documents to get citizenship and then called his family over and started his business.

After a few years Shamsuddin sent his family back. He was caught when he went to get his passport renewed and was sent to jail for forging documents.

When he completed his sentence, he was handed back to the Indian Army that kept him in the mandatory quarantine.

He was finally brought to Kanpur on Sunday night. After a brief meeting with the family, he was taken away by the Kanpur police for routine questioning.

"For us, it is important that he is back. The past is behind us and we will look for a new future," said his younger brother Fahim.