Kanpur businessman death: 6 cops to be booked even as Uttar Pradesh law minister assures of 'strict action' - All you need to know 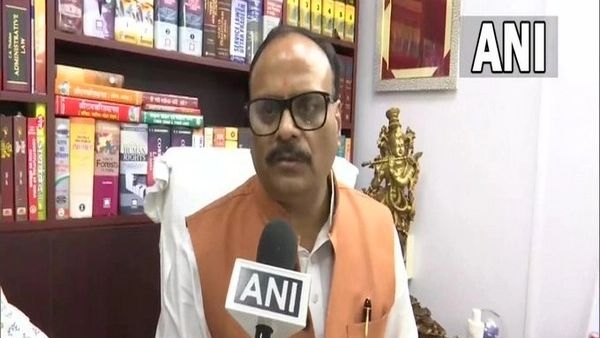 Lucknow: Amid row over alleged role of Uttar Pradesh police in the death of a Kanpur-based businessman in Gorakhpur, Uttar Pradesh law minister Brajesh Pathak on Thursday said Chief Minister Yogi Adiyanath has instructed that FIRs be filed against the six suspended policemen in the Gorakhpur raid case, in which a Kanpur based businessman died.

He further said assured that the matter will be taken to a fast-track court.

"No one has the authority to take law in their own hands, be it a policeman or other persons in higher posts. The matter will be taken to a fast-track court. The government stands in support of the victim's family. We will listen to their demands," added Pathak.

Earlier, Kanpur District Magistrate Vishakh Aiyar had said that Chief Minister Yogi Adityanath would be meeting the victim's family members during his visit to Kanpur today. An ex gratia of Rs 10 lakh has been given to the family of the businessman.

The businessman's death and allegations over it

Manish Gupta (38), a property dealer from Kanpur, died in a hotel in Gorakhpur in the early hours of Tuesday. Police said they entered his hotel room as they were on the lookout for "suspicious persons", as per a zeenews report. They claimed that Manish Gupta died of a head injury sustained from falling to the ground as he was drunk.

As per the post mortem report, businessman Manish Gupta sustained injuries on the face, head and several other parts of the body.

Gupta's family has alleged that he was beaten to death by police during a raid. His wife, Meenakshi, has accused the police and hotel staff of an alleged cover-up. "My husband was murdered in that hotel, he was killed by a policeman. There was no blood on the scene even though my husband was beaten bloody. Two of his friends said that there was blood everywhere, but the hotel staff cleaned it up," she told reporters. 'Fire has reached homes of citizens': Netizens demand justice for businessman who died in hotel raid...