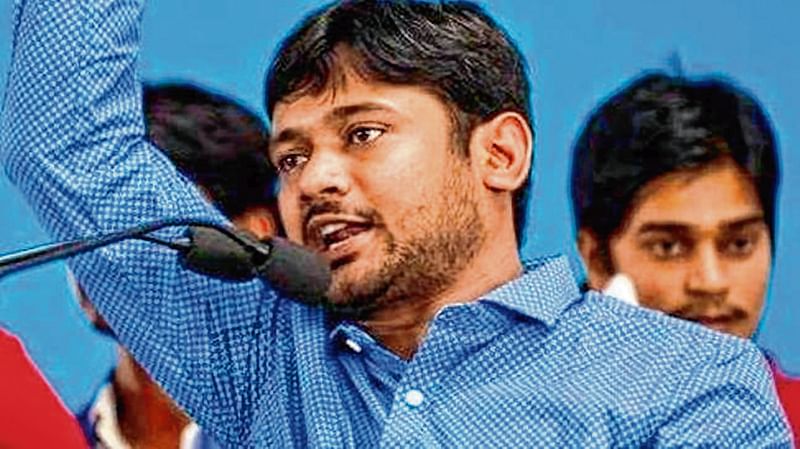 New Delhi: Former Jawaharlal Nehru University Students’ Union (JNUSU) president Kanhaiya Kumar on Monday questioned the timing of Delhi Police filing a chargesheet against him and others in a sedition case, attributing “political motive” of the “failed” Modi government to the police action.

Besides Kumar, the police have named as accused former student activists Umar Khalid and Anirban Bhattacharya in connection with an event organsied on the JNU campus in February 2016 against the hanging of Parliament-attack mastermind Afzal Guru during which “anti-national slogans” were raised.

The police in the chargesheet have indicted them for various offences including sedition, unlawful assembly and criminal conspiracy.

Among others named in the chargesheet but not made accused, include former JNUSU vice president Shehla Rashid and Communist Party of India leader D Raja’s daughter Aparajita.

Reacting to the development, Kanhaiya Kumar said it was a diversionary ploy by the Modi government to hide its all-round failures.

“I have not received any summons or information from the court. But if it is true, then we are thankful to the police and Modi that finally after 3 years, when it is time is for him and his government to go, the chargesheet has been filed. But what is pertinent is the timing of the charge-sheet — just ahead of the Lok Sabha polls.

“It is evident that there is a political motive behind this. The motive is that the Modi government has been a failure in all aspects, it has not been able to fulfil even a single promise, so it is playing all its cards to divert the attention,” he told the media.

Pointing to the chargesheet being filed after 3 years of the incident, he said the Modi government, just as all its other promises, was “not serious” and using the issue now as a political tool.

“If the government was really serious about the case and maintained that we did indulge in anti national activities, then why did it take 3 years to file the chargesheet, that too just before the polls?” he asked.
Shehla Rashid too accused the Modi government of using the issue to derive political mileage.

“Modi government has used this manufactured controversy in installments. The next installment would be on the nomination day for 2019 elections,” tweeted Rashid with hashtag “JitteryModi” .