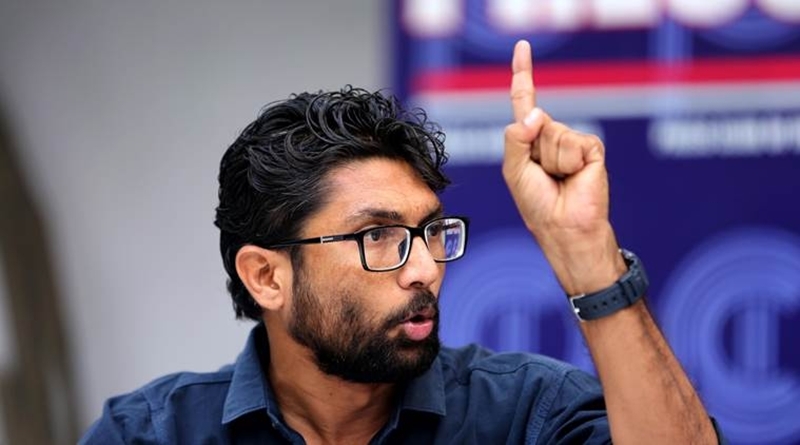 Ahmedabad: More than three months after the Gujarat Government froze the bank account of an NGO raising funds for an oxygen plant initiated by him, Gujarat’s Independent Dalit legislator Jignesh Mevani is finally setting up on Saturday the State’s biggest oxygen plant in his constituency Vadgam in Banaskantha district with the help of his MLA funds.

Speaking to the Fress Press Journal, the maverick legislator said, “This is the biggest oxygen plant ever set up by any legislator or MP in Gujarat.” The oxygen plant has been set up at the Primary Health Centre in Chhapi in Banaskantha district.

Mevani says the plant has a capacity to refill over “800 jumbo oxygen cylinders a day, producing approximately 8 cubic metric tonnes of oxygen in a single day”. The plant uses state-of-the-art technology and will not only be useful for Banaskantha district but also for neighbouring districts.

After the State Charity Commissioner froze the accounts of the NGO, We The People Charitable Trust, in May citing several technical reasons while the NGO had collected donations of around Rs 30 lakh through crowdfunding, Mevani moved the Gujarat High Court to allow him to use his MLA fund to set up the oxygen plant. He cited the pathetic health infrastructure in Banaskantha district with a sizable population of tribals, Dalits and minorities.

“Despite all hurdles, we have been successful in creating accessible healthcare infrastructure for the people of Vadgam. No one will ever have to struggle for oxygen in my constituency or for that matter the entire Banaskantha district,” Mevani said.

He said the second wave of Covid-19 caught everyone off-guard with an unusually high demand for oxygen. “We immediately set up a crowdfunding campaign to build an oxygen plant on a war-footing with the help of an NGO, but the authorities froze the NGO’s account and this remains inaccessible.

“So, we had no other alternative but to approach the High Court to allow us to use funds from my MLA grant for building the plant under special conditions,” Mevani said.