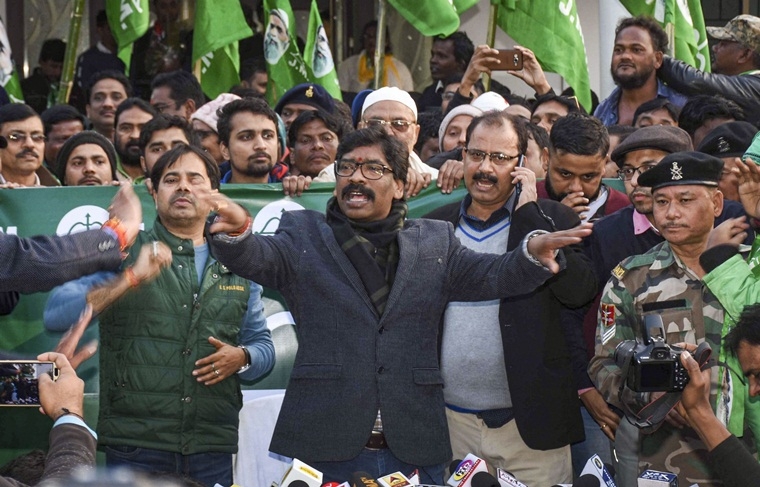 The JMM-led three-party alliance stormed to power in Jharkhand on Monday, ousting the BJP in yet another state in the Hindi heartland after the saffron party's stupendous performance in the Lok Sabha elections, a development that could have profound implications for the country.

The Raghubar Das government's feat of providing a stable government that lasted a full five-year term in a state where chief ministers changed faster than seasons did not cut ice with the electorate which decided to repose faith in a coalition that fought over seats and broke up five years ago. Contesting the state assembly elections alone for the first time sans long-standing ally the AJSU Party, the ruling BJP bagged 25 seats, five less than the JMM which led the table, clinching 30 in the 81-member House. The JMM-led alliance, which also has the Congress and the RJD, secured 45 seats, way above the majority mark of 41. Of the 75 seats, the JMM won 29 seats, the Congress 15 and the RJD 1, as per the results available till 10 PM. Das tendered his resignation and accepted defeat.