Jharkhand: 8 people including women and children killed in road accident 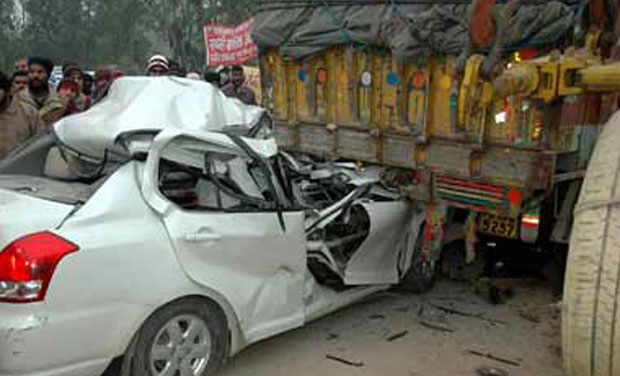 Ramgarh: Eight people, including women and a minor, were killed in two separate road accidents in Jharkhand's Ramgarh district on Wednesday, police said.

Five of them were charred to death as their car caught fire after a head-on collision with a bus, they said.

The accident happened on Ramgarh-Gola Main Road around 8 am, Superintendent of Police Prabhat Kumar told PTI.

The driver of the bus was also critically injured and admitted to a hospital, police said, adding, the deceased include two men, two women and a teenage boy.

A few hours after the incident, three persons died and two others suffered injuries when the vehicle they were travelling in turned turtle after hitting a highway divider near Bongabar village in the district, a police officer said.

The injured persons are undergoing treatment, he added.