Jet Airways to start domestic operations in first quarter of 2022 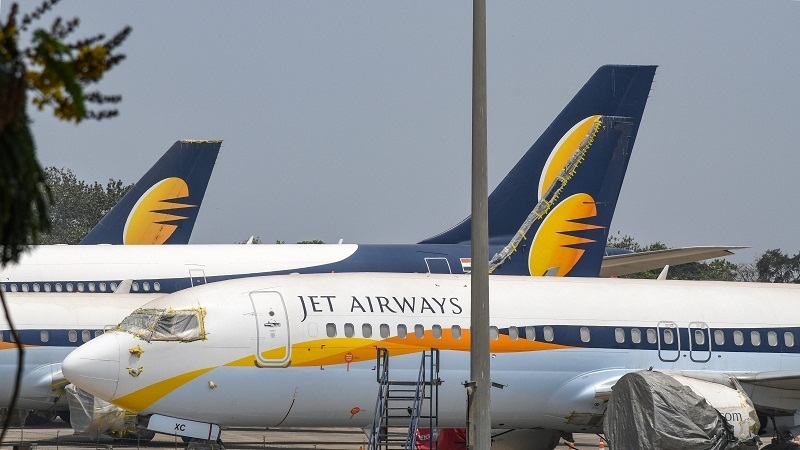 New Delhi: The grounded Jet Airways in its new avatar will see the skies again – the domestic operations are slated to resume by the first quarter of 2022 and short haul international flights by the last quarter of the next year.

The National Company Law Tribunal (NCLT) in June this year had approved the Jalan Kalrock Consortium's resolution plan for Jet Airways, two years after the carrier went into insolvency proceedings.

Acquisition of fleet will be the first challenge the airline faces. The plan is to have 50-plus aircraft in three years and 100 plus planes in five years. The consortium is already working on identification of routes, which sources said will be decided within the next 90 days. The first flight would be on Delhi-Mumbai route, a spokesperson said, adding that the airline would be headquartered in Delhi instead of Mumbai.

UAE-based businessman Murari Lal Jalan now owns Jet, which was forced to ground all flights in April 2019, crushed by mounting losses. The carrier owes over ₹8,000 crores to banks, with public sector lenders having significant exposure.

The Consortium's statement states that the revival plan for Jet is being implemented as approved by NCLT and claims of all the creditors will be settled in the coming months.

Asked how many old employees Jet would be willing to take back, the spokesperson cautioned that the carrier is unlikely to start with a 120-aircraft crew from day one. "As it picks up and adds more aircraft to its fleet, it will require trained manpower, it will require ground handlers and pilots and crew. So, they will be adding people as they move along," Ashish Chhawchharia, the resolution professional said.

(Chhawchharia is Head of Restructuring Services at Grant Thornton Advisory; his company was asked to oversee the airline's restoration by a consortium of London-based Kalrock Capital and the new owner Jalan.)

The process of reviving the grounded carrier is on track with the existing Air Operator Certificate (AOC) already under process for revalidation, the statement states.