The major bridge is being constructed by the Border Roads Organisation over the Devika river at Ramgarh-Koulpur, the officials said.
PTI 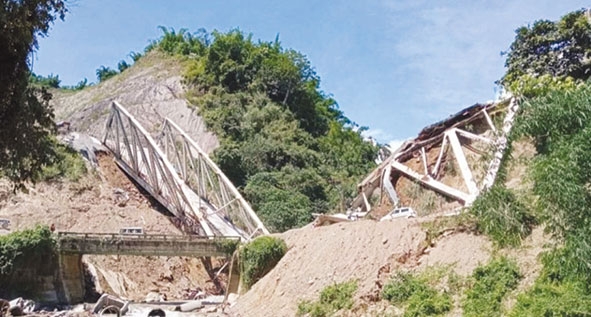 At least 13 people, mostly labourers, were injured on Sunday when the iron shuttering over an under-construction bridge collapsed in the Samba district of Jammu and Kashmir, officials said.

The major bridge is being constructed by the Border Roads Organisation over the Devika river at Ramgarh-Koulpur, the officials said.

They said the iron shuttering connecting two of many pillars caved in around 4.15 pm, injuring 13 people.

A rescue operation was immediately launched and the injured, mostly labourers working at the site, were evacuated to hospital, the officials said, adding the condition of two of them was stated to be "serious".

They said the seriously injured were referred to the Government Medical College (GMC) Jammu for specialised treatment.

The officials said the cause of the accident was not known immediately.