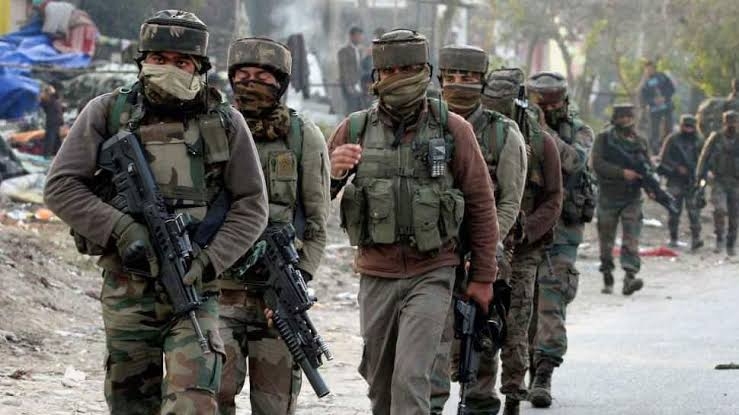 "Terrorists fired indiscriminately upon #NonLocal labourers at Wanpoh area of #Kulgam. In this #terror incident, 02 non-locals were killed and 01 injured," Kashmir zone Police said on its Twitter handle.

It said police and security forces have cordoned off the area.

According to officials, the militants barged into the rented accommodation of the labourers and fired on them indiscriminately.

Amid the spate of civilian killings, Jammu and Kashmir Lieutenant Governor Manoj Sinha had on Sunday vowed to avenge every drop of their blood by hunting down terrorists and their sympathisers.

Sinha said attempts are being made to disrupt the peace and socio-economic progress of Jammu and Kashmir and the individual growth of people, and reiterated the commitment to the fast-paced development of the Union territory.

"I pay my heartfelt tributes to the martyr civilians and condolences to the bereaved families. We'll hunt down terrorists, their sympathisers and avenge every drop of innocent civilians' blood," Sinha said in his monthly radio programme 'Awaam ki Awaaz'.

BJP state spokesman Altaf Thakur while condemning the killings said it was "nothing but pure genocide". "The gruesome murder of non-locals is nothing but inhuman and shows the frustration of militants," he said.