Jammu and Kashmir Governor's invitation to Rahul Gandhi was a tool of propaganda: P Chidambaram

"J&K Governor's invitation to Rahul Gandhi was never a sincere invitation. It was a tool of propaganda," Chidambaram wrote on his Twitter handle.
ANI 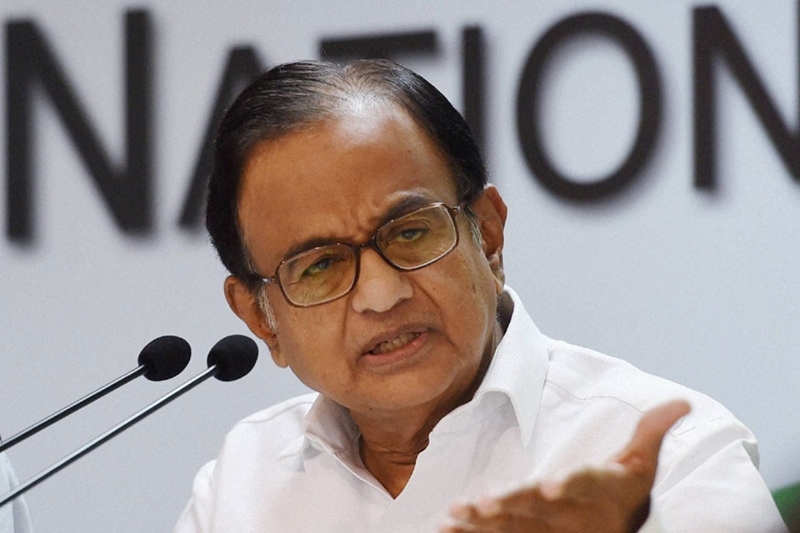 New Delhi: Hitting out at Jammu and Kashmir Governor Satya Pal Malik, senior Congress leader P Chidambaram on Wednesday stated that his invitation to Rahul Gandhi to visit the Valley was never a sincere one but just a tool of propaganda.

"J&K Governor's invitation to Rahul Gandhi was never a sincere invitation. It was a tool of propaganda," Chidambaram wrote on his Twitter handle.

Former Finance Minister Chidambaram's response comes a day after Malik accused Rahul of "politicising" his invitation to him by seeking to bring a delegation of opposition leaders to the region to create "further unrest and problems for the common people" and said he has referred the matter to local administration to examine the request further.

"Rahul Gandhi is politicising the matter by seeking to bring a delegation of opposition leaders to create further unrest and problems for the common people.

He has put forth many conditions for visiting Jammu and Kashmir, including meeting mainstream leaders under detention. As Governor had never invited him with so many pre-conditions, he has referred the case to the local police and administration to examine the request further," the statement had said.

Reacting to this, Chidambaram asserted that saying that Rahul had put conditions is "rubbish" as he asked for freedom to meet everyone, including soldiers.

"How is that putting conditions? Can a visitor not ask for freedom to meet different sections of the people and to enquire about the welfare of the soldiers?" Chidambaram asked in a series of tweet.

Last week after the abrogation of Article 370 from Jammu and Kashmir, Gandhi had said reports surfaced of violence and people being killed in Jammu and Kashmir and called upon Prime Minister Narendra Modi to transparently tell the country about the situation and assuage people.

Following this, Jammu and Kashmir Governor offered a plane to Rahul to visit the Valley to review the situation.

Quoting media reports citing Malik offering a plane to Gandhi for travelling to Jammu and Kashmir, the former Congress chief had tweeted, "Dear Governor Malik, A delegation of opposition leaders and I will take you up on your gracious invitation to visit Jammu and Kashmir and Ladakh.

We won't need an aircraft but please ensure us the freedom to travel and meet the people, mainstream leaders, and our soldiers stationed over there."