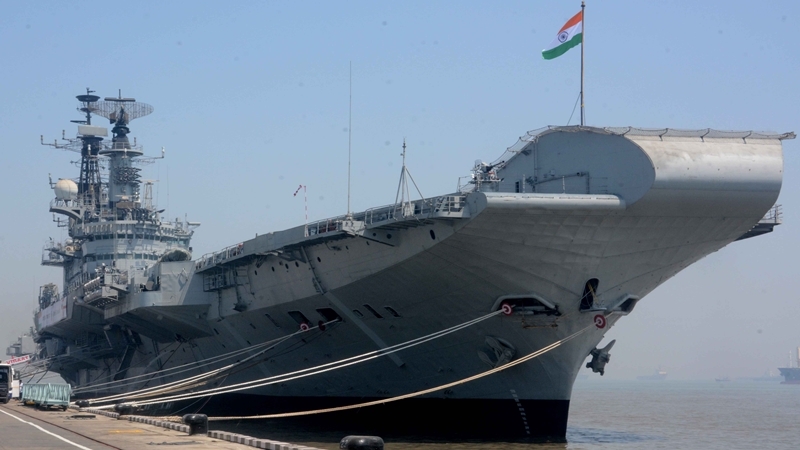 New Delhi: There are not many takers for PM Modi’s claim that the late PM Rajiv Gandhi, his chums and in-laws had a ten-day sojourn on board naval warship INS Viraat, which ferried them all the way to Lakshwadeep. Setting the record straight, Wajahat Habibullah, who was the then administrator of Lakshwadeep, told India Today TV that INS Viraat was indeed stationed in Lakshadweep but the Gandhis were not holidaying aboard the ship. “INS Viraat was in the sea as PM’s backup security. The Prime Minister needs backup security and in the middle of the ocean, there’s no other option other than a warship.”

The former Commanding Officer of INS Viraat, the aircraft carrier which Rajiv Gandhi allegedly used as a personal taxi service, has categorically denied the allegations made by PM Modi. Vice Admiral Vinod Pasricha, who commanded the Viraat in December 1987, has also rubbished reports that when the late Prime Minister came on board the aircraft carrier, his friends and Italian mother-in-law were with him. Rajiv Gandhi was visiting Lakshadweep on official work — a meeting of the Island Development Authority – and not a family holiday.

Accompanying him were his wife Sonia, son Rahul and a couple of IAS officers, Vice Admiral Pasricha told NDTV. Denying that Amitabh Bachchan or Sonia Gandhi’s parents were on the warship, as claimed by the Prime Minister, Vice Admiral Pasricha said, “Other than the 3 people I told you about, Rajiv Gandhi, Sonia Gandhi, his son and two IAS officials, there was no one else… This politicisation of the armed forces is wrong and unacceptable”.

”We travelled from Trivandrum, where we had taken them on board on helicopter because Trivandrum does not have a jetty to berth Viraat. On the islands, he (Rajiv Gandhi) had to go for a number of meetings. He visited three islands by helicopter,” Vice Admiral Pasricha said. ”He visited Bangaram island for about two hours on the morning of the second day [of his visit]. And they had lunch there and then came back.” Former Navy Chief Ramdas, who was the then Southern Navy Commander, in a statement, said no foreigners visited INS Viraat and that Rajiv and Sonia came on board after duly adhering to all official protocol.

The Western fleet had a rendezvous with the aircraft carrier as part of naval exercises planned in advance. The then Prime Minister being on board gave the officers a chance to meet him, he said. “No ships were specifically diverted for the personal use of the Gandhi family. Only one small helicopter was left at Kavratti to meet any emergency medical requirements of the PM and his wife,” the statement read. The visits to the islands were done on helicopters, confirms the Admiral. He also pointed out that the Prime Minister is authorised to travel along with his spouse on service helicopters while on official duty.