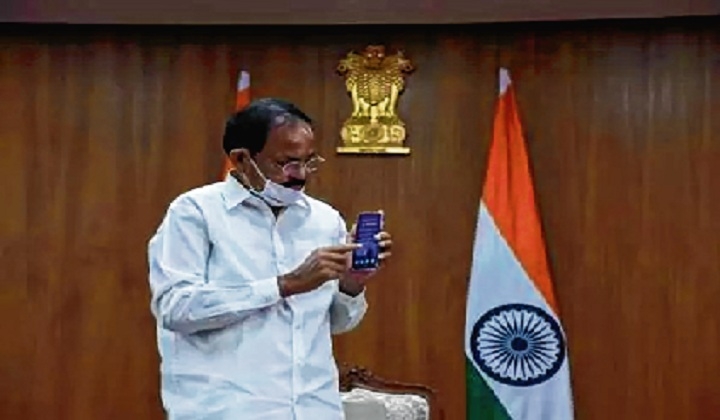 New Delhi: Noting that innovation is the watchword for 21st Century and India has all the ingredients for success, Vice-President M Venkaiah Naidu has said there is the need to innovate and not just imitate.

Speaking at the virtual launch of the indigenous social media mobile app Elyments in Delhi on Sunday, he called for creating an ecosystem for innovation and entrepreneurship to thrive and urged every Indian to adopt the Atmanirbhar Bharat campaign to transform “Local” India into “Glocal” India. Appreciating the efforts of over 1,000 IT professionals in creating Elyments, Naidu said the ‘New India’ needed vibrant young thinkers, who were willing to experiment and explore.

“We should innovate, not just imitate. Innovation is the watchword for the 21st Century. We have all the ingredients for success. We have pioneers who have built global brands in various sectors,” Naidu said.

"I hope this app would prove to be a good desi alternative to the many foreign apps being used by the people," said Venkaiah Naidu.