Sri Lanka is facing its worst economic crisis since independence with food and fuel shortages, soaring prices and power cuts affecting a large number of the people, resulting in massive protests over the government's handling of the situation.

The Government of India has clarified the fake screenshot of the alleged controversial tweet from the Twitter handle of External Affairs Minister S Jaishankar.

The Indian Embassy in Sri Lanka slammed the 'morphed image' of the tweet which claims to be from India’s External Affairs Minister S Jaishankar, offering to proclaim Sri Lanka "become a State of India" in response to the ongoing economic crisis.

"As a result, India will be able to solve the gas, fuel, milk, food, fertilizer and many other essential goods problems that the country is facing. Additionally, India will look after all the future issues of Sri Lanka too. India is extending a hand of survival to people from Sri Lanka," the so-called tweet by Jaishankar read.

The Embassy denied what was said in the purported tweet, terming the screenshots being circulated on social media as false and fabricated.

The tweet from Jaishankar is "completely fake and fabricated" the High Commission claimed.

"Such mischievous attempts by desperate parties will never succeed in affecting the close, friendly and age-old ties between India and Sri Lanka," the Embassay further said."

Sri Lanka is facing its worst economic crisis since independence with food and fuel shortages, soaring prices and power cuts affecting a large number of the people, resulting in massive protests over the government's handling of the situation.

The economic situation has led to huge protests with demands for the resignation of Prime Minister Mahinda Rajapaksa and President Gotabaya Rajapaksa.

India, which has followed the "Neighbourhood First policy" to cement bonds with its neighbours, is helping Sri Lanka out of the current crisis. India has so far has committed $1.9 billion to the island nation in loans, credit lines and currency swaps.

Further New Delhi has also expressed willingness to give an extra $2 billion in swaps and support to Colombo. In the last three months, India has extended assistance of about $2.5 billion to Sri Lanka, including credit facilities for fuel and food. 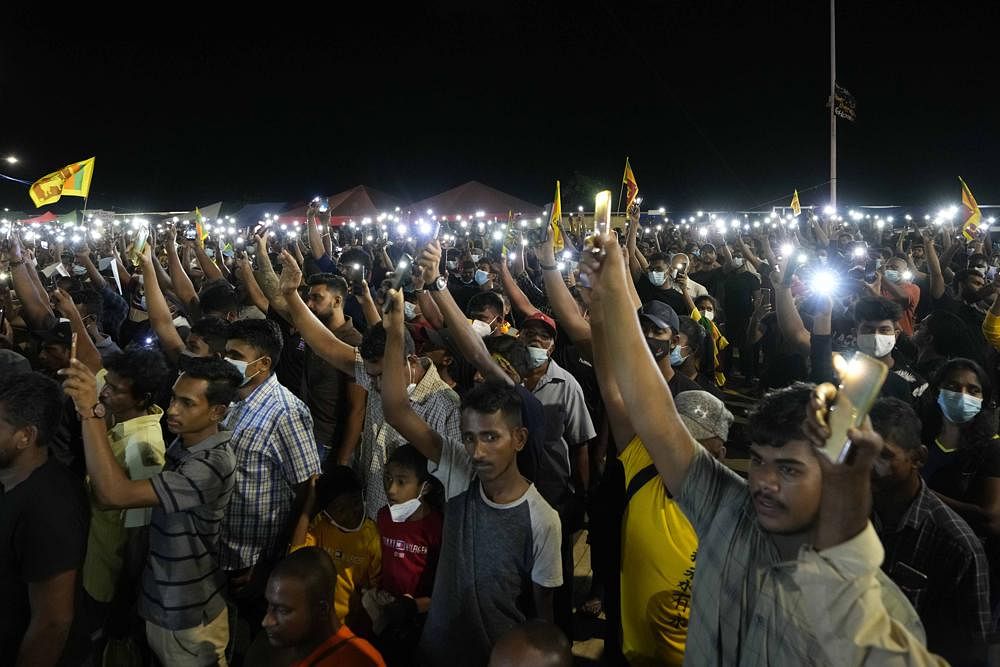