India records over 6,148 fatalities as Bihar audit leads to revision of COVID-19 death toll - All you need to know 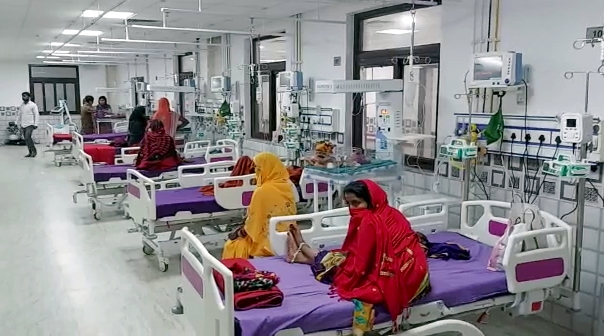 On Thursday morning, India's daily COVID-19 death toll rose to a record high of more than 6000 cases, even as fresh cases remained below the one lakh mark for the third consecutive day. But while the number might trigger alarm, this is not the result of a sudden surge in casualties over the last 24 hours. The sharp rise in the Health Ministry's all India tally can be attributed to Bihar, where an audit led to the death toll being revised by over 70%. After the mismatch, a senior officer of the health department said that the matter is under investigation.

Until Tuesday, Bihar's cumulative death toll due to the COVID-19 pandemic stood at 5,458. With the recent data update however, nearly 4,000 additional deaths have been added to the tally. With this, the health department of Bihar has so far reported 9,429 deaths.

Going by the fresh figures, the number of lives lost in the second wave is close to 8,000 and a nearly six times increase in the death toll since April. While the date and time for these deaths are yet to be revealed, the health department has given a district-wise breakup. Patna has registered 2,303 deaths which is the highest in the state followed by Muzaffarpur (609) and Begusarai (316).

"We got to know from various sources that those who died could be more in number. After consultations with stakeholders, the State government instructed the district administration to identify institutional deaths due to COVID-19," said Bihar Health Minister Mangal Pandey on Thursday afternoon.

"For 15-20 days DMs monitored and prepared report of combined numbers (deaths).This is not two-day work. The report was prepared in 15-20 days and released yesterday. Government's intent is to reach out to (COVID-19) deceased's families and help them financially," added the state Home Minister.

The news has evoked a furious response from Opposition parties and critics with many calling for similar audits to be conducted in other states. "Bihar revises it's COVID-19 death toll, putting total number of fatalities at 9,429 – up from under 5,500, after Patna HC asked for an audit of casualties. This proves beyond a doubt that the BJP-JDU govt was hiding COVID-19 deaths. Audits should be ordered in UP, MP and Gujarat too! tweeted Congress spokesperson Dr. Shama Mohamed.

"Those conducting tests have been asked to give only negative reports. Floating bodies in rivers prove that Bihar’s COVID-19 death numbers are manipulated. Deaths are 10 times higher than they showed," added RJD MLA Bhai Virendra.

Those conducting tests have been asked to give only negative reports. Floating bodies in rivers prove that Bihar’s COVID death numbers are manipulated. Deaths are 10 times higher than they showed: Bhai Virendra RJD MLA pic.twitter.com/RbFEskxbZ0

Jan Adhikar Party (JAP) has slammed the Bihar government accusing it of indulging in a 'corona death scam' and calling for the government to respond. "Who is making death scam in Bihar. Nitish Kumar government should answer it," asked a written statement from the JAP on Thursday.

"Our leader Rajesh Ranjan alias Pappu Yadav has pointed out that the Bihar government is hiding the number of deaths. He further pointed out that there were 1,000 deaths per day in April and May this year," Said Raju Danvir, national youth wing president of JAP.

The health department has also issued mismatch data about the numbers of patients recovered. On Tuesday, it presented 7,01,234 recoveries from the COVID-19 infection while it published 6,98,397 recoveries, a day later. The recovery rate on Tuesday was shown at 98.7 per cent while on Wednesday it was 97.65 per cent.