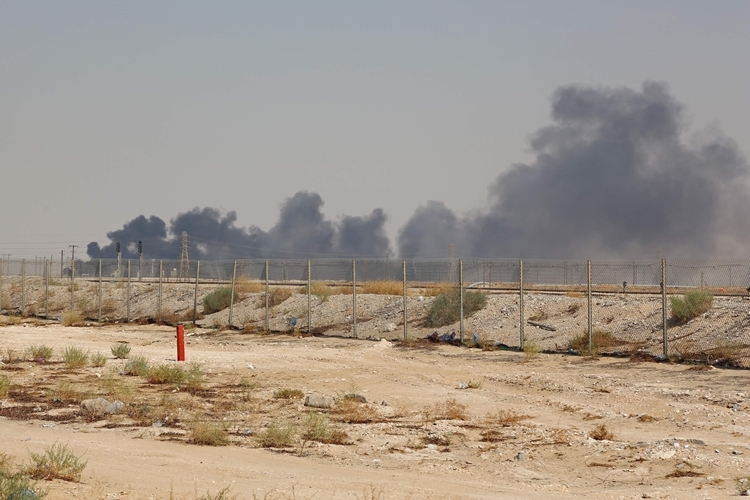 New Delhi: India on Monday condemned the drone attacks on Saudi Arabia's oil facilities run by Saudi Aramco, a state-owned oil enterprise which operates and controls the majority of the kingdom's refinery production and oilfields.

"We condemn the attacks of September 14, 2019, targeting the Abqaiq oil processing facility and Khurais oil field in Saudi Arabia. We reiterate our resolve to oppose terrorism in all its forms and manifestations," Ministry of External Affairs (MEA) spokesperson Raveesh Kumar said in a statement in response to a query on India's reaction to the drone attacks in Saudi Arabia on September 14.

Saudi Aramco is one of the largest firms globally in terms of revenue and is believed to be the most profitable company in the world.

The attacks lead to a surge in oil prices by more than 15 per cent to their highest level in nearly four months that further knocked out more than five per cent of global oil supply.

US oil futures were trading at more than USD 60 a barrel -- a spike of nearly 10 per cent -- in New York on Monday morning.

Futures of Brent crude, the global benchmark, traded at more than USD 66 per barrel, up 10 per cent. Gasoline futures were up more than 9 per cent.

American officials have blamed Iran for supplying weapons to the Houthis rebels of Yemen for carrying the attacks. The allegations were however denied by Tehran.

Abhishek Kumar, Head of Analytics at Interfax Energy in London, told Al Jazeera that Saudi authorities have claimed to control the fires but this falls far short of extinguishing them. "The damage to facilities at Abqaiq and Khurais appears to be extensive, and it may be weeks before oil supplies are normalised," he said.