India and its neighbours

In Islamabad, the main event was held outside the Prime Minister's Office where a flag-waving and slogan-shouting crowd was addressed by Prime Minister Imran Khan
IANS 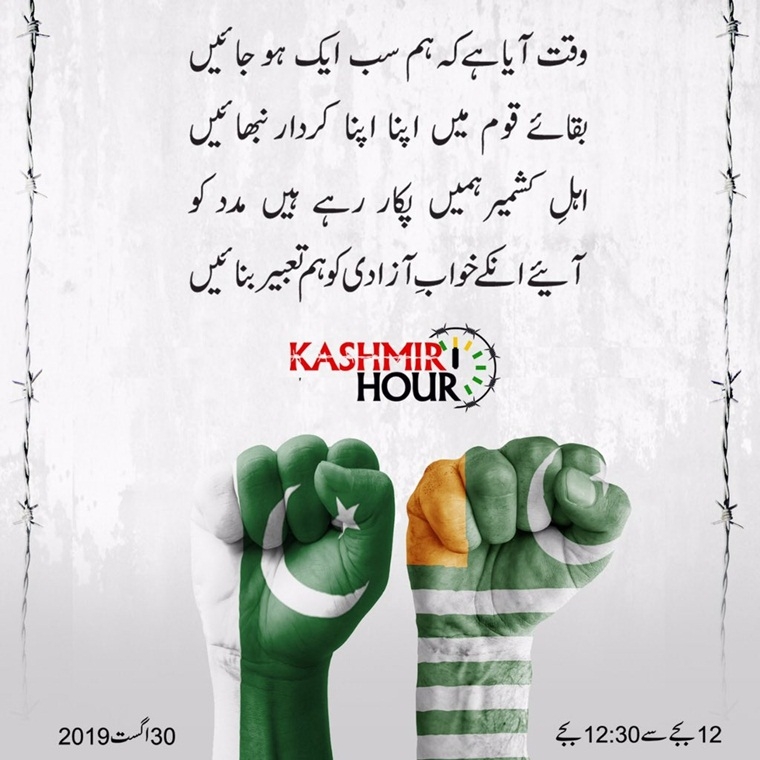 Islamabad: Pakistan on Friday observed "Kashmir Hour", with the national anthems of the country and "Azad Jammu and Kashmir" (AJK) being played nationwide to express "solidarity" with Kashmiris. This comes amid tensions between the two neighbours over India's revocation of special status for Jammu and Kashmir.

Sirens blared across Pakistan as the clock struck noon and traffic signals turned red on all thoroughfares of the federal capital. Civilians and traffic stood still at 12 p.m. with chants of "Kashmir Banega Pakistan". Education institutions, government and private offices, banks, traders, lawyers and military authorities took part in the various events in support of the people of "Indian occupied Kashmir" (IoK).

In Islamabad, the main event was held outside the Prime Minister's Office where a flag-waving and slogan-shouting crowd was addressed by Prime Minister Imran Khan, Dawn newspaper reported."Today, all of Pakistan, wherever there are Pakistanis, whether they are our students, or shopkeepers or labourers - today all of us are standing with our Kashmiris. Our Kashmiris are going through a very tough time. Approximately 8 million Kashmiris for the last four weeks have been locked under curfew," said the cricketer-turned-politician.

He said that the purpose of today was to send a message from Pakistan that "until Kashmiris get their freedom we would continue to stand with them. We will stand with them till the last breath."

Khan said that he conveyed to all foreign leaders that if the international community "does not stand up to Indian Prime Minister Narendra Modi's 'fascist government', the effect would be felt in the whole world. We will run a worldwide campaign involving overseas Pakistanis, international human rights organisations and activists, celebrities, and influencers. We will inform them of the situation in IoK and they can help turn the world's attention to this grave humanitarian crisis," he added. Khan reiterated that if India planned to take any action in Kashmir, then "every brick will be countered with a stone".

Another event was held at the Aiwan-e-Sadr where President Arif Alvi addressed the crowd, saying: "The government of Pakistan and people are standing with Kashmiris." According to the Railway Ministry, all trains were to stop for a minute and all railway workers took part in Kashmir Hour events. Flags, badges and other items depicting "Kashmir solidarity" were distributed among people, particularly youth and children across the country.