India and its neighbour

Pakistan Prime Minister Imran Khan would formally inaugurate the corridor on November 9, ahead of the 550th birth anniversary of Guru Nanak Dev
PTI 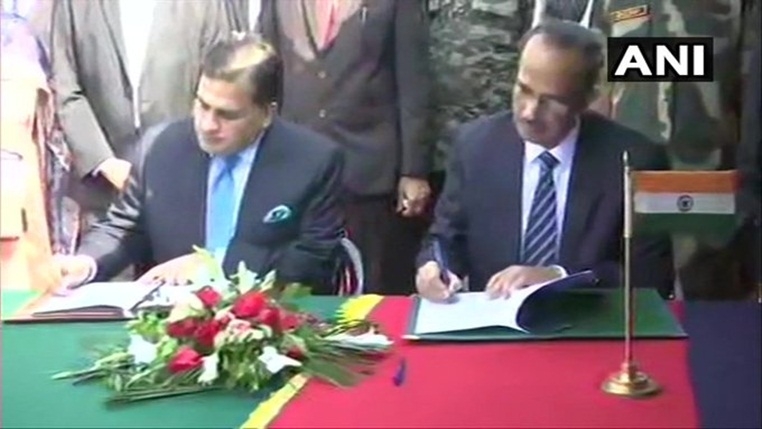 Lahore: India and Pakistan on Thursday signed a landmark agreement to operationalise the historic Kartarpur Corridor to allow Indian Sikh pilgrims to visit the holy Darbar Sahib in this country.

The corridor will connect the Dera Baba Nanak shrine in India's Punjab with Darbar Sahib at Kartarpur, just about four km from the international border, located at Narowal district of Pakistan's Punjab province.

The agreement signing ceremony took place at the Kartarpur Zero Point at the Pakistan-India border in Narowal, removing a key legal hurdle for the opening of the corridor. The agreement will allow access to Gurdwara Darbar Sahib in Norowal district of Pakistan where the founder of Sikhism Guru Nanak Dev spent last 18 years of his life.

Under the agreement, the pilgrims would come in the morning and return in the evening after visiting Gurdwara Darbar Sahib. At least 5,000 pilgrims will be allowed to visit the holy site every day without a visa. Each visitor would be required to pay USD 20 as fee, though India has requested Pakistan not to charge the Indian pilgrims. The agreement was finalised after three rounds of negotiations.

Pakistan Prime Minister Imran Khan would formally inaugurate the corridor on November 9, ahead of the 550th birth anniversary of Guru Nanak Dev. The foundation stone for the Kartarpur Corridor on the Indian side was laid in Punjab's Gurdaspur district by Vice President M Venkaiah Naidu last November.