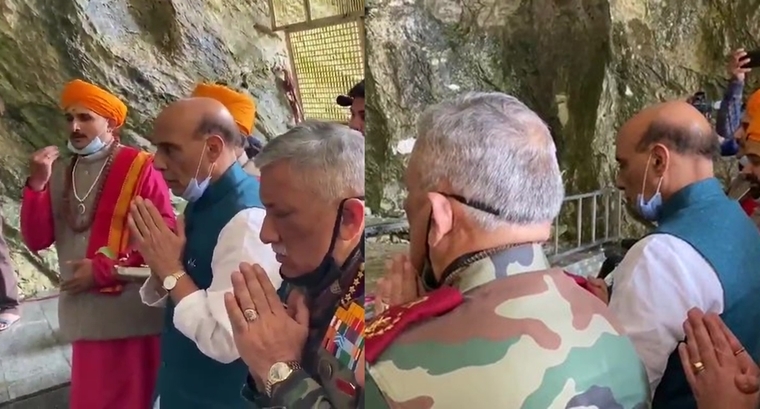 Singh spent about an hour at the temple complex there.

The Amarnath cave is considered to be one of the holiest shrines in Hinduism and hundreds of thousands of devotees make an annual pilgrimage to it across challenging mountainous terrain.

His trip to the holy cave comes on the second day of his visit to Jammu and Kashmir. 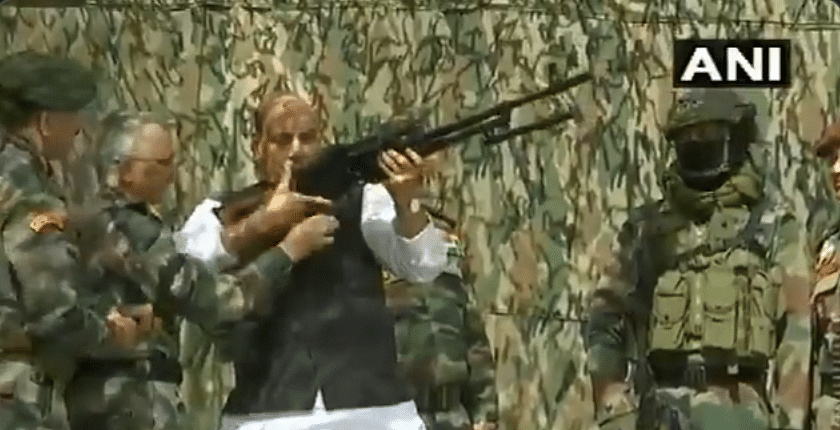 He asked the armed forces to give a fitting reply to any "misadventure" by Pakistan.

At a high-level meeting, the defence minister had also asked the armed forces to maintain a strict vigil along the Line of Control (LoC) with Pakistan.

Singh is set to visit Stakna and Lukung forward areas.

His trip comes days after Prime Minister Narendra Modi's surprise visit to Ladakh on July 3 during which he also addressed troops and signalled the country's firmness in dealing with the India-China border row.

Singh was originally scheduled to visit Ladakh on July 3 but the trip was deferred.

Indian and Chinese troops were locked in a bitter standoff in multiple locations in eastern Ladakh for over eight weeks since May 5.

The tension escalated manifold after the violent clashes in Galwan Valley in which 20 Indian Army personnel were killed.

However, following a series of diplomatic and military talks, the two sides began a mutual disengagement process on July 6 and withdrew troops from most of the friction points. 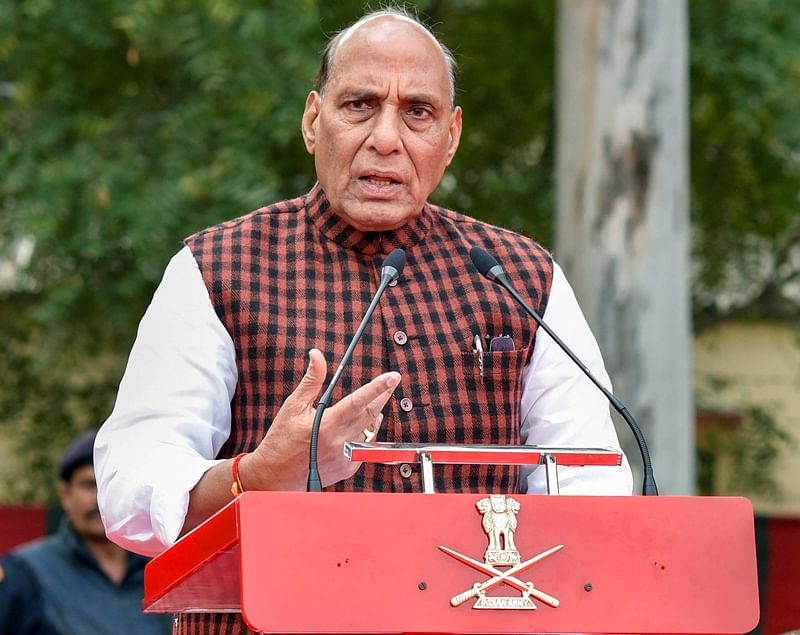 Talks underway to resolve border dispute between India and China, no one can take away an inch of...