The Home Minister also noted that the ancient culture, traditions and languages of the states of Southern India enrich India's culture and ancient legacy.
ANI 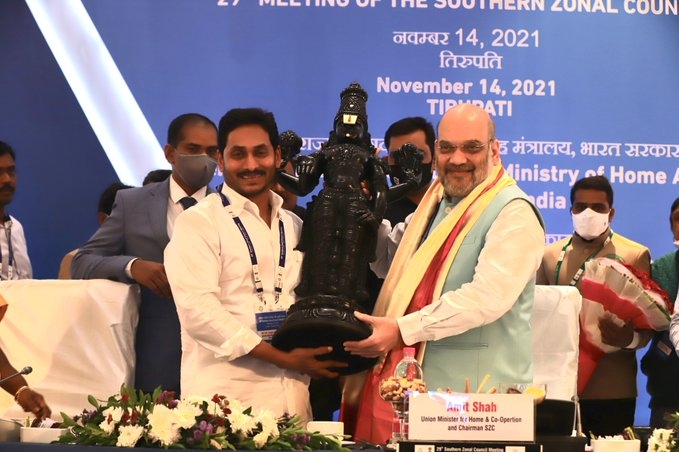 India's development cannot be imagined without the very important contribution of the states of Southern India, Union Home Minister Amit Shah on Sunday said in his opening remarks at the 29th meeting of the Southern Zonal Council in Tirupati in Andhra Pradesh.

The Home Minister also noted that the ancient culture, traditions and languages of the states of Southern India enrich India's culture and ancient legacy. 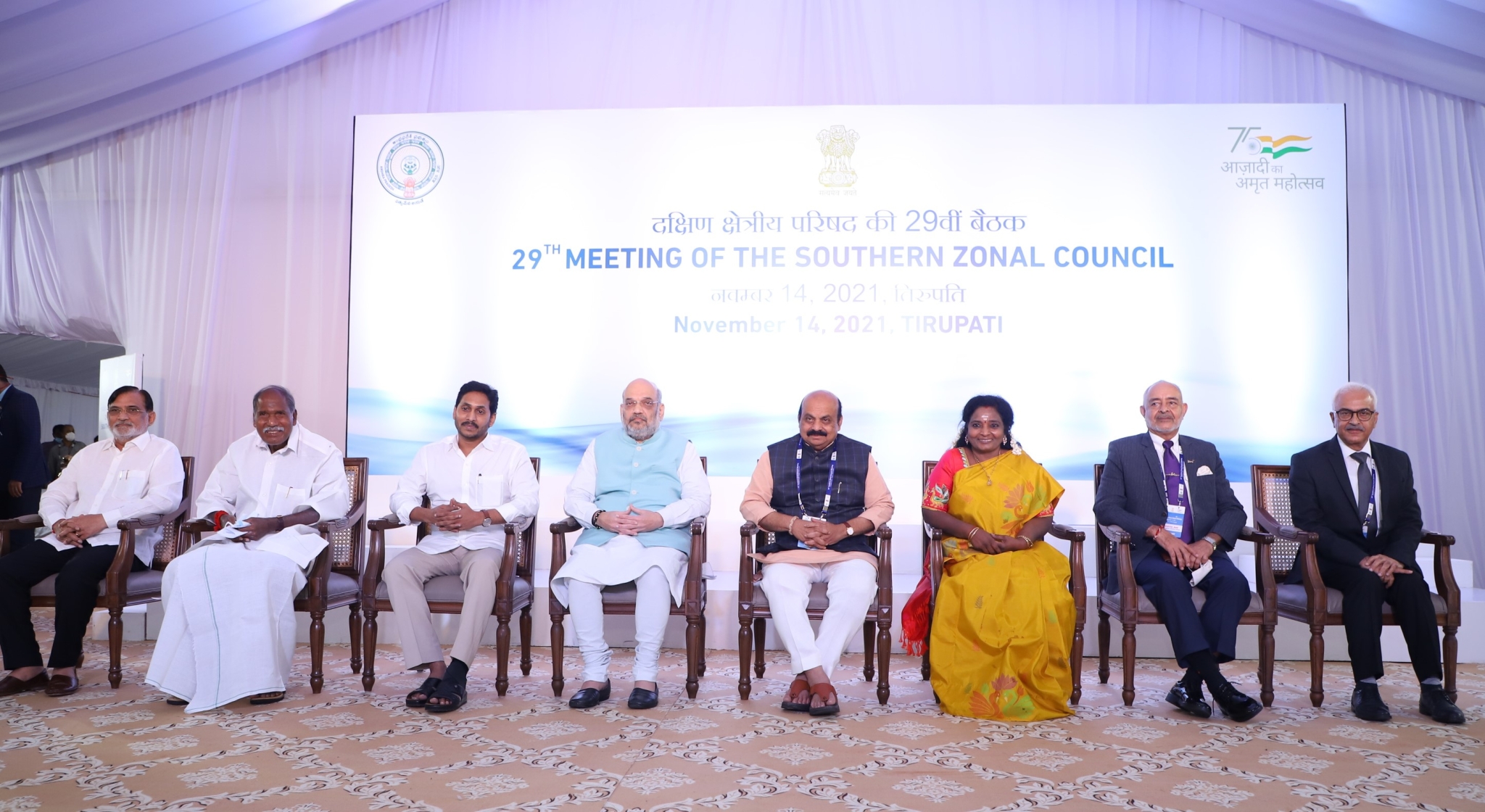 Home Minister said he would be happy to see delegates feeling free to speak in the language of their state in the future.

"We have been able to achieve 111 crore vaccine doses as of today during the COVID -19 pandemic. This is a big achievement and an example of cooperative federalism. It is Prime Minister Narendra Modi's vision to leverage cooperative and competitive federalism to achieve all-round growth in the country," Shah said. 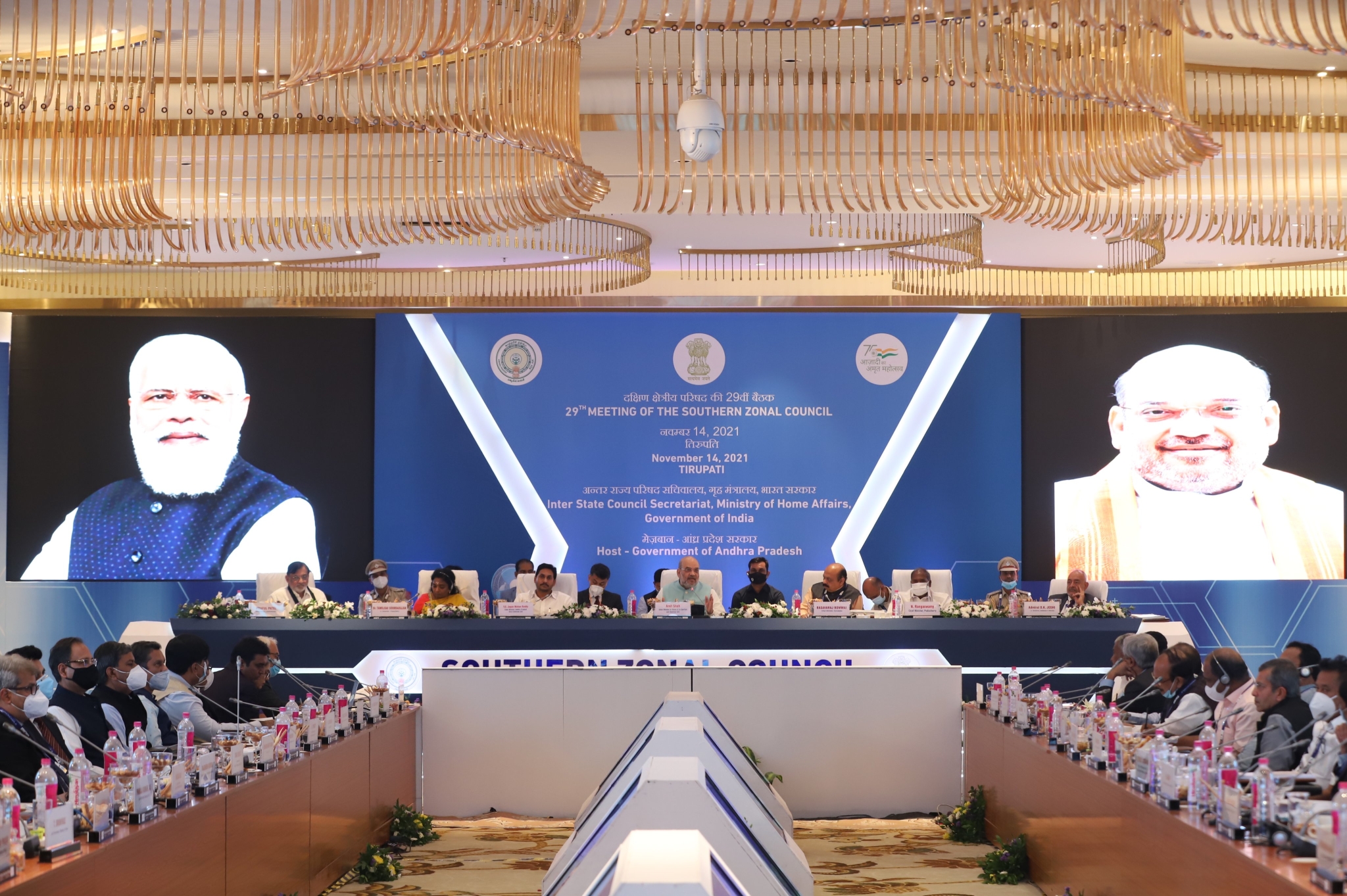 Recalling the time when the COVID-19 pandemic began and it was said that India would not be able to cope with it, the Home Minister said that India in contrast "quickly ramped up its health infrastructure as well as domestic production of vaccines under the leadership of Prime Minister Narendra Modi."

"Today, we have overcome fear about the pandemic and Union Govt will continue to do everything possible to cover all States under the vaccination programme," Shah said in the Zonal Council meeting.

During the meet the Home Minister said that 40 out 51 pending issues were resolved in the context of today's meeting of the Southern Zonal Council in Tirupati.

Taking to Twitter, the Minister wrote, "Zonal Councils are advisory bodies in nature and yet we have been able to successfully solve many issues. This platform provides an opportunity for interaction at the highest level amongst members. 40 out of 51 pending issues were resolved in the context of today's meeting."

Zonal Councils are advisory bodies in nature and have been able to successfully solve many issues. The Zonal Councils provide an opportunity for interaction at the highest level amongst members.

The Home Minister said that in the last seven years the government has held 18 meetings of Zonal Councils, compared to the very few meetings held earlier.

"Now meetings of different Zonal Councils are convened regularly and this could happen only with the cooperation of all state governments as well as Central ministries," Shah said. 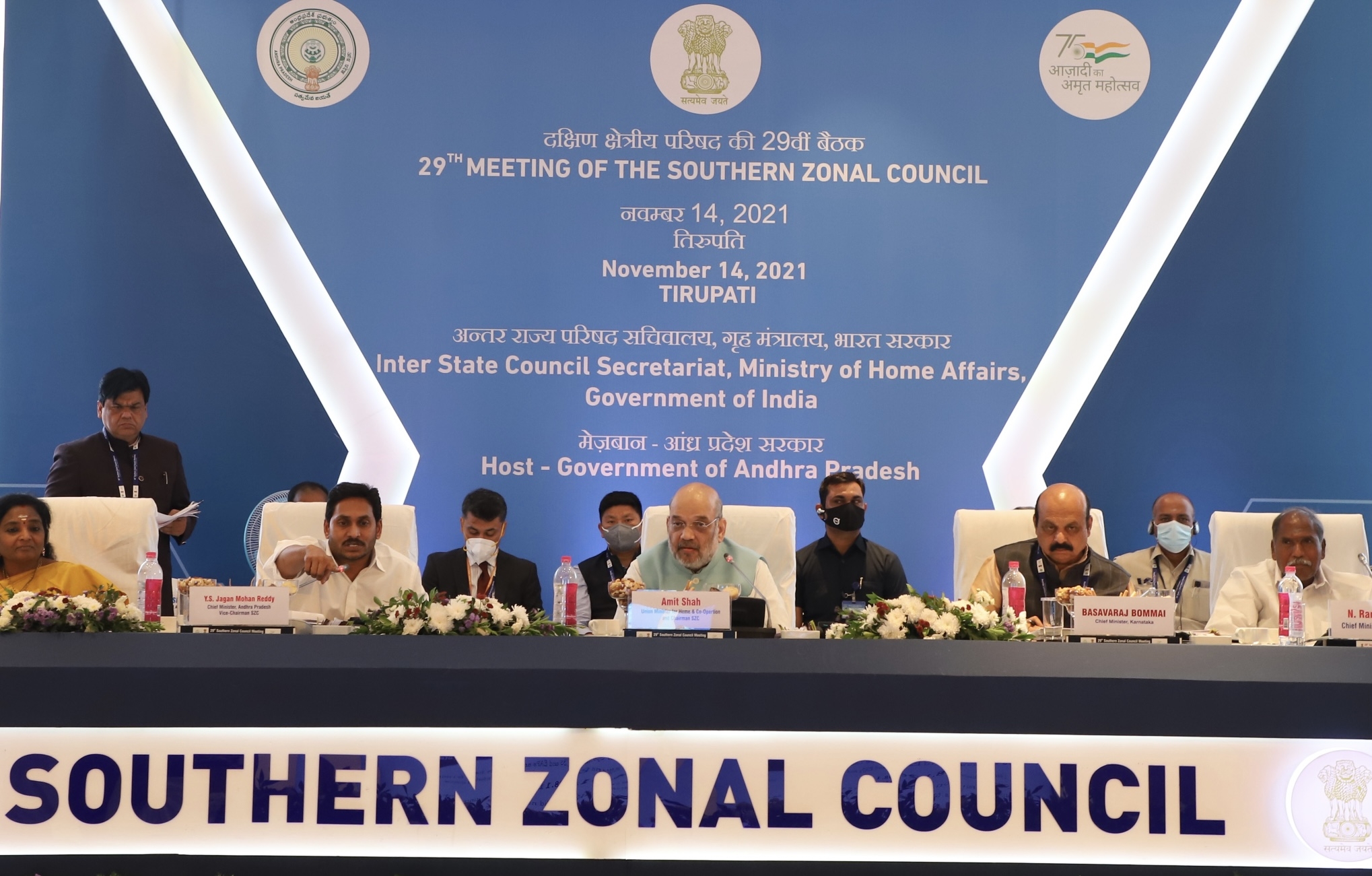 Five Zonal Councils were set up in 1957 under Section 15-22 of the States Re-organization Act, 1956. Home Minister is the Chairman of each of these five Zonal Councils and Chief Ministers of the host state (to be chosen by rotation every year) is the Vice-Chairman. Two more ministers from each state are nominated as members by the governor. 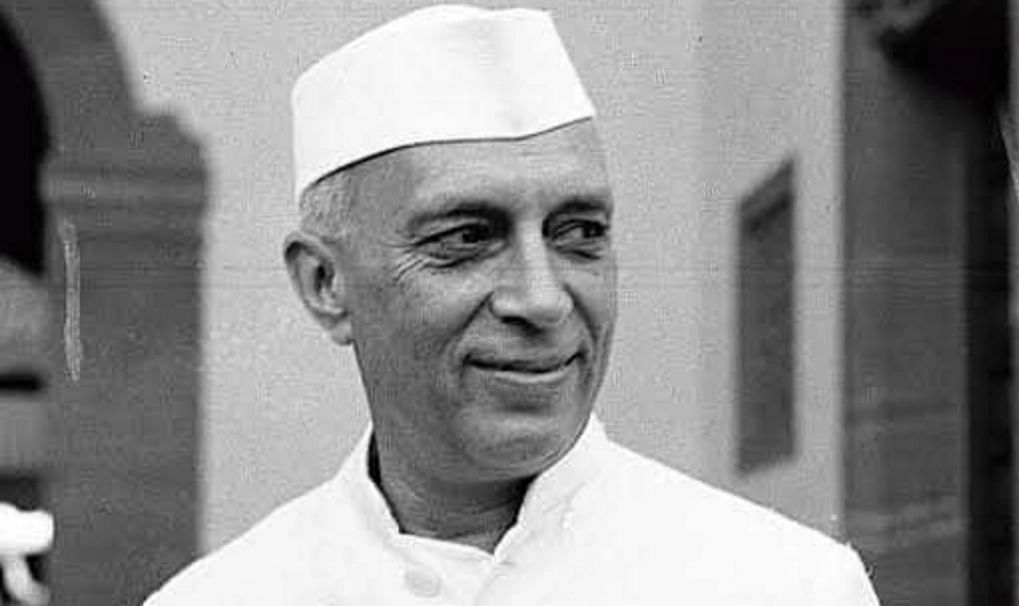