In a first, a family court in Delhi grants divorce virtually

According to the plea, the couple were married in February 2012 and after some disagreements between them, they started living separately from 2016.
IANS 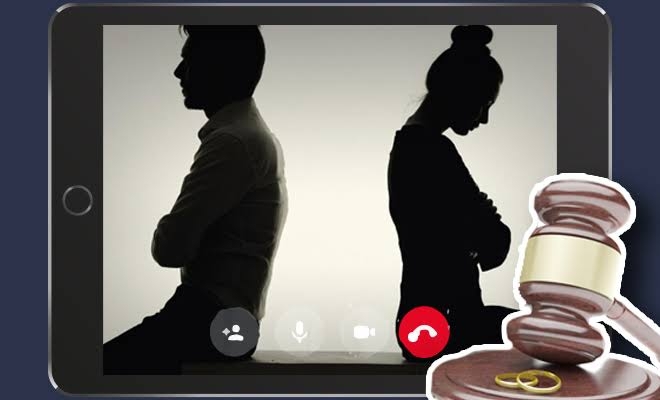 New Delhi: A family court in the city has granted divorce to an estranged couple, a Non-Resident Indian (NR) living in Australia and his wife in Delhi, through virtual mode.

In a recent order, Judge Vipin Kumar Rai of the Dwarka Family Court granted the divorce on a joint petition under the Hindu Marriage Act. The man's counsel submitted that the petitioner, currently residing in Adelaide, Australia, was unable to come to India due to exigencies of work.

Meanwhile, the petitioner had executed a Special Power of Attorney (SPA) in favour of his younger brother, who was present before the court. The Court had allowed recording of statement of the SPA holder.

According to the plea, the couple were married in February 2012 and after some disagreements between them, they started living separately from 2016.

A divorce petition was filed by both of them earlier this year under Section 13B (2) of the Hindu Marriage Act. Advocate Vineet Jindal appeared on behalf of the woman who stays in South-West Delhi.

The plea contended that the petitioners have already settled all their claims and disputes against each other amicably.

It has been agreed between the couple that the husband has agreed to pay an amount of Rs 17,00,000 to the wife in this regard.

The permanent custody of their child will remain with the mother, the court said in the order.