Important that poll results are not tainted: Kapil Sibal 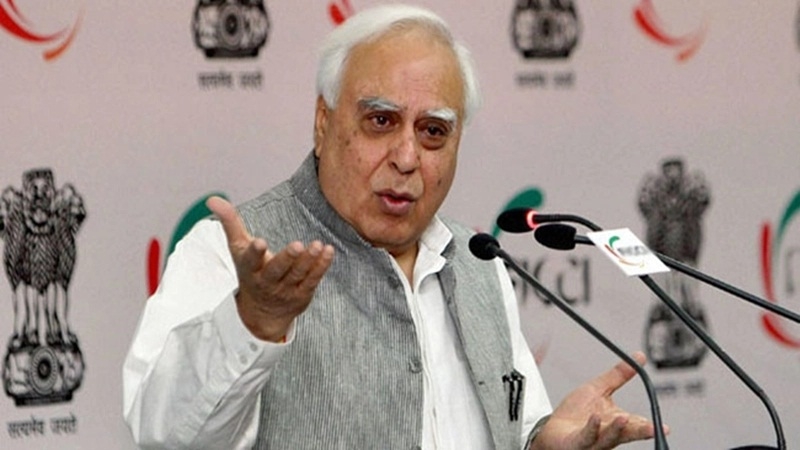 New Delhi: The Opposition parties filed a review petition in the Supreme Court early this week to revise it order limiting the counting of the VVPAT (voter-verifiable paper audit trail) slips to match the results of five electronic voting machines in each Assembly segment since it won’t prevent “tainted results.” Senior advocate and Congress leader Kapil Sibal wonders why it is more important for the government, the election commission and the Supreme Court to declare the results on the counting day itself than to ensure that the results are not tainted.

He said 21 opposition parties have gone back to the Court to insist on counting of 50% paper slips in the backdrop of a large number of EVMs malfunctioning in the first three phases of the elections. Asked whether the EC is not serious about EVM manipulation, Sibal shot back: “The foundation of democracy rests on fair electoral verdicts. If a sufficient number of VVPAT slips were not to be counted, why were thousands of crores invested in this system?”

On the EC”s repeated claim that the EVMs are tamperproof, Sibal said there are three reasons for the Opposition to be suspicious: — Every time the EVM malfunctions, the votes go to the BJP and not a single instance of they going to some other party, defying the law of probability; — EVMs mostly stop functioning properly in booths where voters from a particular caste or religion are in majority, forcing the people to return home without voting after waiting for hours in the sun; and

— In several cases, VVPAT slips were shown for just three seconds instead of seven seconds, which means some machines were differently programmed. Sibal also explained that the process of voting may be transparent but the counting is not transparent since it is done by the machine without the scrutiny of the human eye. Asked in an interview by Kolkata daily, The Telegraph, as to what is the point to contest if the Opposition is so convinced of the EVM manipulation, Sibal said: “What”s the option? Elections are the only way to fight in a democracy.

We hope that all the machines cannot be manipulated. We know the outcome can be different even if the results of 40 seats are altered but we have exercised all the options — petitioning the EC, going to the SC, raising the issue in the people”s court. Now we are trying to be vigilant and raise a hude and cry about every wrongdoing. There is no other way.” He also challenged the EC”s contention that counting 50% slips will take five to six days that was accepted by the court to allow counting of votes polled only in five EVMs in each Assembly segment. “First of all, it can”t be true that counting will take six days….Even it takes six days, the nation can wait a few days for the correct results,” Sibal said.

He said the EC also misled to the Court that a study by the Kolkata-based Indian Statistical Institute (ISI) suggested that drawing one VVPAT from a random sample of 479 machines would ensure a tamperproof election. An RTI query replied on April 3 revealed that the study was done not by the ISI but by its Delhi centre and that too without its knowledge. Sibal said the Supreme Court had presumed that the ISI did the calculations but that was not the case.

He said when so many parties have doubts that the EVMs can be manipulated, why should everybody not be interested in removing those doubts. “That is why, other than 18 countries, no country is using machines for elections. The Europe, the US and the most other developed countries…they must have a reason.”