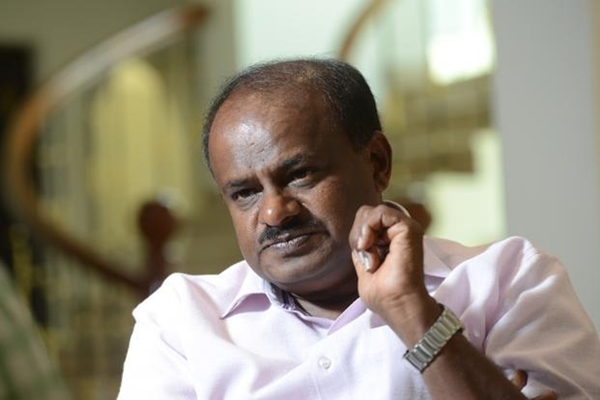 Bengaluru (Karnataka): Former Karnataka chief minister and JD (S) leader HD Kumaraswamy, on Tuesday, while referring to the recovery of IED from a bag at Mangaluru airport, said that the incident looks "fishy" and expressed suspicion that some mischievous organisation wanted to demoralise the people of the state.

"Mangaluru incident looks fishy...It looked like some mischievous organisation wanted to demoralise not only the people of Mangaluru but the state. They have done mischief and it is going to expose," he told ANI. On Monday, the JD (S) leader had said that it would not be difficult for the police to nab the culprits behind the IED (improvised explosive device) found at the Mangaluru airport.

"I have got information that they have found a bomb at Mangaluru Airport. The airport has CCTVs. It is not that difficult to find out the perpetrators. The police have sought a month's time apparently," Kumaraswamy had told reporters. The IED recovered from a bag at Mangaluru airport was defused in an open field by the personnel of the bomb disposal squad on Monday.

Commissioner of Police in Mangaluru, PS Harsha had said three teams have been formed for "identification and apprehension of the accused." He had said that the visuals of the suspect have been shared. He urged people to inform the police if they have any knowledge of the accused.