‘I was forced to come out about my relationship’: Dutee Chand 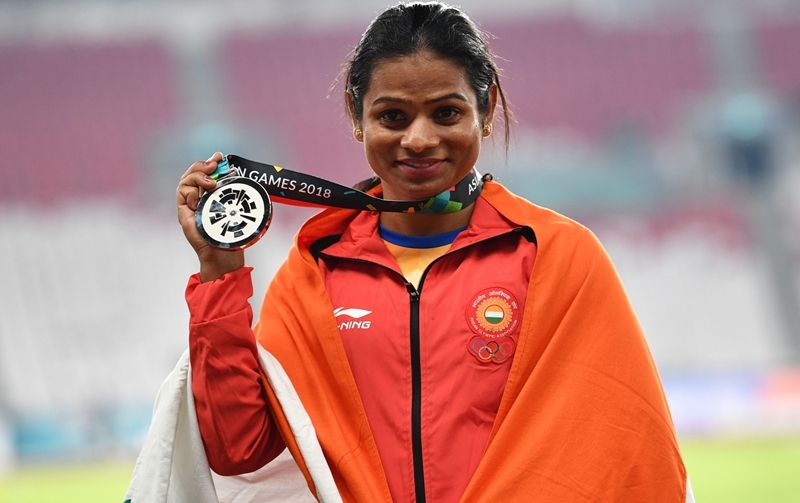 Sprinter Dutee Chand who has come out about her same-sex relationship, in Bhubaneswar told ANI, “My own sister is black mailing me, she asked me for Rs 25 lakh. She had once beaten me, I’d reported to the police. Since she was blackmailing me, I was forced to come out about my relationship”.

“My eldest sister feels that my partner is interested in my property. She has told me that she will send me to jail for having this relationship,” said Dutee.

Dutee Chand, the Indian sprinter, revealed that she is in a same-sex relationship with a girl from her hometown of Chaka Gopalpur in Odisha. Dutee Chand, however, did not reveal the identity of her partner as she did not want make her “the centre of undue attention”. “I have found someone who is my soul-mate. I believe everyone should have the freedom to be with whoever they decide they want to be with. I have always supported the rights of those who want to be in a same-sex relationship. It is an individual person’s choice,” Dutee told media.

Interestingly, Dutee Chand is the first Indian sportsperson who has publicly admitted to being in a same-sex relationship.

“She is from my town and a sports fan herself. She read about the struggles that I have gone through to make a career in sports and told me that she was inspired by my story. That is how we came in touch with each other,” she added.

Being in same-sex relationships is no longer a criminal offense in India but same-sex marriage is still not legal in the country.