In a huge setback for West Bengal Chief Minister Mamata Banerjee's Trinamool Congress (TMC) in Goa, former Ponda MLA Lavoo Mamlatdar and four others quit the party on Friday ahead of the Assembly polls.

Mamlatdar, who joined the TMC only three months ago, accused the party of being communal and of trying to create a divide between Hindus and Christians for votes.

The former Goa MLA was reportedly among the first few local leaders in the state to join Mamata Banerjee's party, which has decided to contest all 40 seats in the Assembly polls, due in February 2022.

"I had joined the TMC because I was fully impressed with Mamata Banerjee-led party's performance in West Bengal (Assembly polls held earlier this year)," said Mamlatdar.

"I was under the impression that TMC is a very secular party. But from whatever I have noticed in the last 15-20 days, I came to know that it is worse than the BJP," he alleged.

"As part of their pre-poll alliance, they want that the Christian votes should go to the TMC and Hindu votes to the MGP...The TMC is a communal party, which is trying to disturb the secular fabric," he further alleged.

For the unversed, the TMC has forged a pre-poll alliance with the Maharashtrawadi Gomantak Party (MGP), of which Mamlatdar was an MLA between 2012 and 2017. 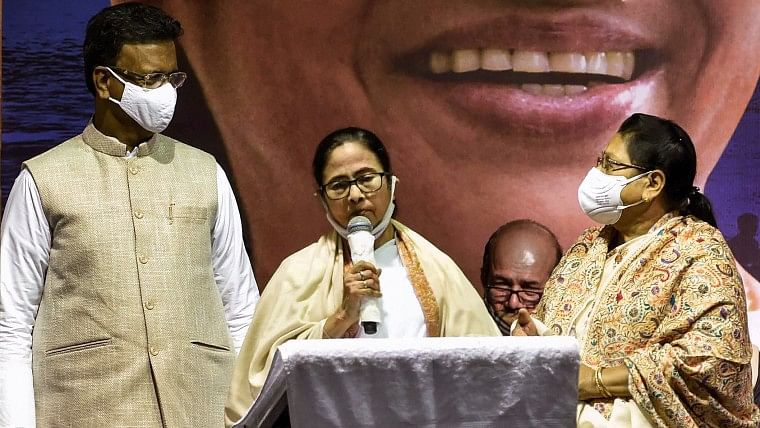