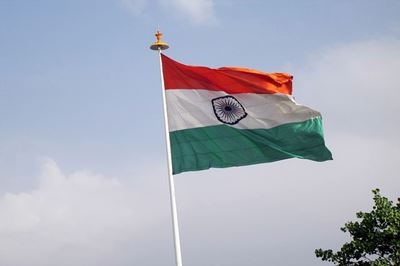 Surajkund – All central universities will fly the national flag on a 207 feet high mast at a prominent place on their campuses, HRD ministry said today, a move that comes in the backdrop of the massive controversy over alleged
anti-India protests in JNU.

Officials said that a “unanimous” decision to this effect was taken at a meeting of Vice Chancellors in Surajkund, which has been called by Human Resource Development Ministry led by Smriti Irani.

“A proposal had come on raising the national flag on University campuses which was accepted at the meeting,” a senior HRD ministry official said.

The resolution is applicable to JNU too as it is a central university, the officials said.

Sources said that the move has been taken to instill a “sense of unity and integrity” among students in institutions of higher education.

The HRD ministry called the meeting of VCs after the death of dalit scholar Rohith Vemula at the University of Hyderabad triggered a massive controversy and brought the spotlight on problems faced by disadvantages sections.

However, days before the proposed meeting, a demonstration in JNU triggered another row as alleged anti-India slogans were raised at the campus after which Delhi police arrested the JNU students union president on charges of sedition.

The government has come under attack after the arrest of JNSU leader Kanhaiya Kumar and subsequent attack by lawyers on students and mediapersons in Patiala courts. Protests have also been held in many parts of the country including in Jadavpur University in West Bengal.