According to the district administration, nearly 1,500 people from different parts of the district have been moved and sent to safer places.

Heavy rainfall lashed through Rajasthan's Kota cities and nearby districts on Monday causing a flood-like situation in most of the areas. Heavy downpour was witnessed in Bundi, Baran, Jhalawar and Tonk districts, including others.

Low-lying areas have submerged under water owing to rainfall and water released from the barrage in Kota.

According to the district administration, nearly 1,500 people from different parts of the district have been moved and sent to safer places.

The heavy rainfall began in Kota Sunday afternoon and continued for more than 24 hours leading to flooded streets and roads. The district received more than 225 mm of rain 24 hours.

Most of the colonies were flooded and water even entered many houses in the city. In the meantime, 3.83 lakh cusecs of water is being extracted from Kota barrage by opening 16 gates.

"Water is being discharged from the Kota barrage. Due to this, about 1,500 people have been shifted to safer places from 3-4 settlements in low-lying areas. Five lakh cusecs of water are to be discharged from the barrage. The schools have also been closed till further orders," District Collector OP Bunkar said.

Heavy rains were reported in Baran, Tonk, Jaipur, Bundi and some other districts also. The water level of Parvati, Parvan, Kalisindh and other rivers is increasing continuously due to the rains in Madhya Pradesh. 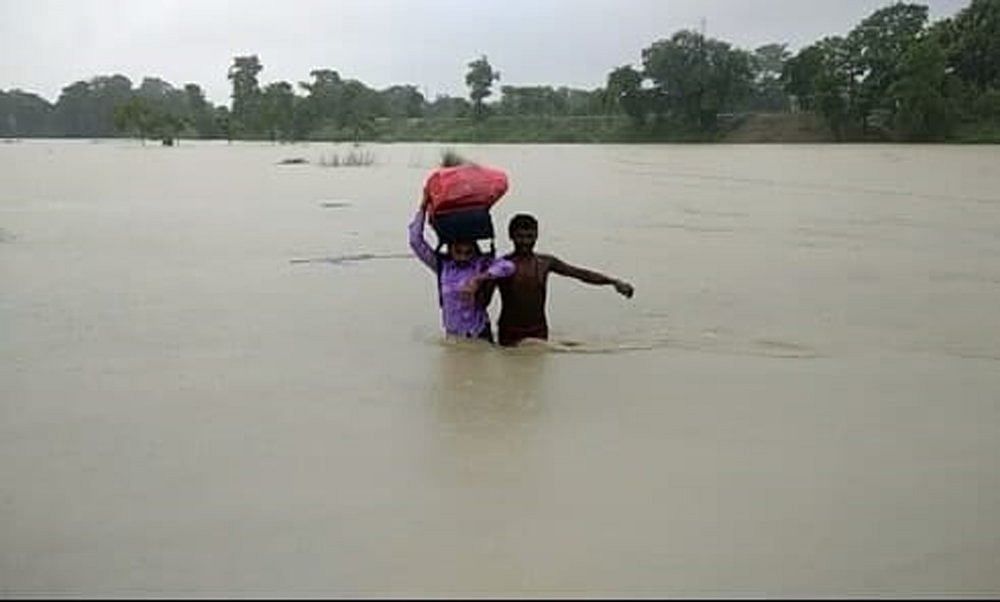