They also claimed that Gurugram is the first district of Haryana which has achieved full vaccination of its citizen.
FPJ Web Desk 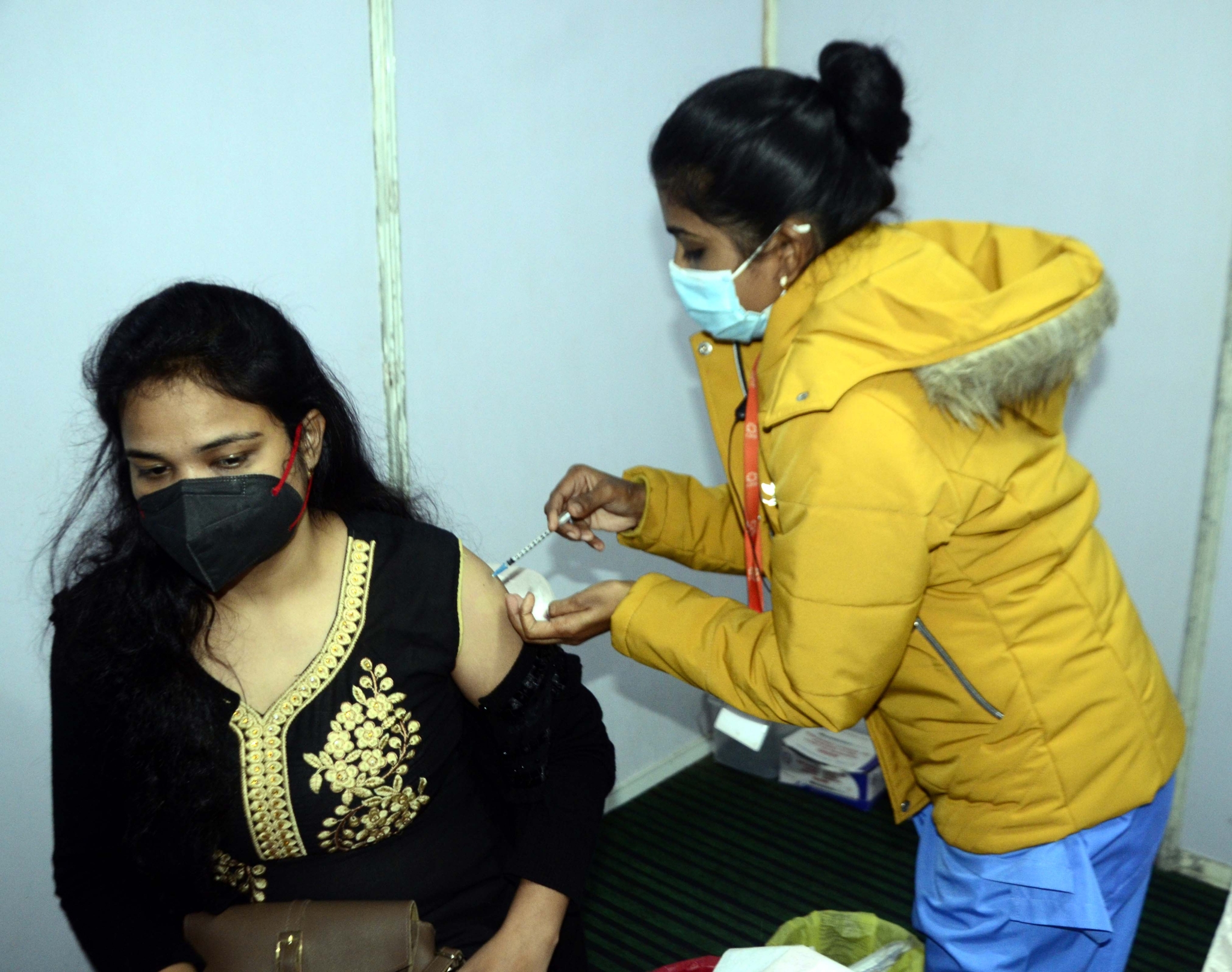 100 % citizens of Gurugram in haryana are vaccinated with both the doses of COVID-19 announced by Deputy Commissioner of Gurugram on their official Twitter handle.

They also claimed that Gurugram is the first district of Haryana which has achieved full vaccination of its citizen. The added in a tweet, "128 % citizens got first jab while 100 % got second dose as well. Thanks to Gurugram citizens for their support."

Gurugram vaccinated both doses to it’s 100 % citizens against #coronavirus, Gurugram is first district of Haryana to achieve this remarkable achievement. 128 % citizens got first jab while 100 % got second dose as well. Thanks to Gurugram citizens for their support.

Releasing a statement, civil surgeon Dr Virendra Yadav said the district has also become the first in the national capital region (NCR) to have achieved this status.

Congratulating the entire team of the health department, Yadav said 100 per cent vaccination is just a milestone in a district like Gurugram, where the floating population is a major factor.

"The vaccination process is still on as we have a huge floating population," said Yadav.

He added that data of children between 0 to 6 years and 6 years to 18 years is being collected whenever the vaccines for children get approved in future. As soon as the vaccination process is started, it can be accelerated to cover all the children.

"In the vaccination campaign, our team had started many new initiatives under various programmes like drive-through in malls, third gender vaccination and to vaccinate every section of the society, which was later implemented in other cities of the country also," added Yadav.

Deputy civil surgeon Dr M P Singh, who is also the nodal officer for vaccination campaign, said the campaign started from January 16 this year with the vaccination of health workers.

To reach 100 per cent population, 40,441 sessions were conducted. At the same time, over 2.56 lakh people were vaccinated by visiting more than 6 lakh houses in the district under the 'Har Ghar Dastak' campaign.