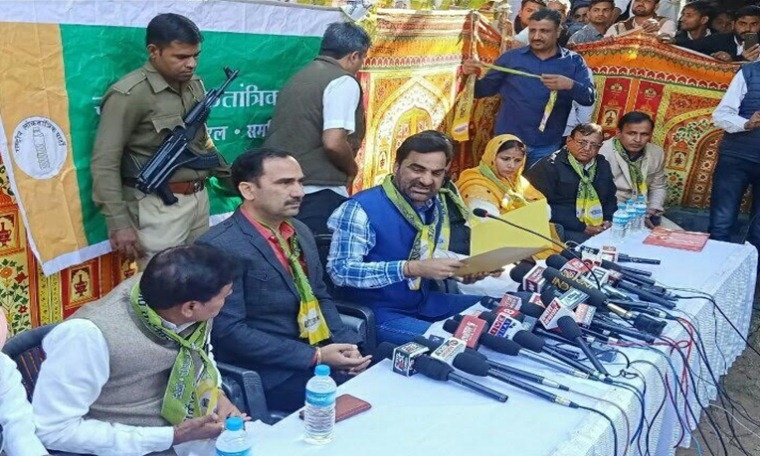 Nagaur MP Hanuman Beniwal (RLP) has advised Rajasthan chief minister Ashok Gehlot to go to Pakistan is he is so concerned about Muslims. He said that Congress was unnecessarily instigating minorities and warned that his party workers would chase away illegal immigrants while beating them with shoes. Also taking a dig at Vasundhara Raje, Beniwal advised her to leave BJP. Beniwal was speaking to the press at Jaipur where he announced his party Rashtriya Loktantrik Morcha’s plans about the upcoming Panchayat elections and announced new post holders in the party.

Beniwal accused Gehlot of strengthening anti-national forces by taking out a rally against CAA. “I will not let this happen. And if Gehlot is so concerned about minorities, he should go to Pakistan and become a CM there, he can find some state there to be chief minister.”

Beniwal a former BJP man has an axe to grind with both Raje and Gehlot. He had attempted an alliance with Congress before assembly elections but it did not work out. He then went on to campaign against Gehlot’s son in the general elections and claimed credit for the defeat. His discord with Raje resulted in him leaving the party before the 2013 assembly polls. He contested and won in 2013 as an independent and went on to form his party RLP and field candidates in the 2018 assembly polls. Three including Beniwal went on to win elections. His closeness with RSS ensured that BJP entered into an alliance with RLP and did not field a candidate on Nagaur Parliamentary seat. In the recently held by elections his brother Narayn Beniwal won from the Khimsar seat that Hanuman had vacated.