'Had Shiv Sena offered its Rajya Sabha seat to Sambhajiraje, it would've shown respect for him', says minister Raosaheb Danve

Shinde said an appropriate decision on Sambhajiraje's candidature will be taken by party head and Chief Minister Uddhav Thackeray.

Union minister Raosaheb Danve on Monday said had the ruling Shiv Sena in Maharashtra offered its Rajya Sabha seat to Sambhajiraje Chhatrapati, it would have reflected the party's respect for the descendant of Chhatrapati Shivaji Maharaj.

The polls are scheduled on June 10. The BJP can win two Rajya Sabha seats with the number of MLAs it has, while the ruling allies Shiv Sena, Congress and NCP in Maharashtra can win a seat each. The contest will, therefore, be for the sixth seat. Sambhajiraje, a member of the Kolhapur royal family and descendant of Chhatrapati Shivaji Maharaj, was earlier a President-nominated member of the Upper House of Parliament.

He recently announced that he would contest the next election to the Rajya Sabha as an independent candidate, and appealed to all parties to back him. Some senior Shiv Sena leaders recently said the party will field a second candidate in the coming Rajya Sabha polls, a move that could then hamper the prospects of Sambhajiraje Chhatrapati.

Talking to reporters here over the issue, Danve said, "Had the Shiv Sena given its first seat, which it is sure to win, to Sambhajiraje, it would be reflected the party's respect for him. The sixth seat (for which a contest is likely) should have been given to Sanjay Raut." On Sunday, a delegation of the Maratha Kranti Morcha Maharashtra minister and senior Shiv Sena leader Eknath Shinde seeking support of the latter's party for the Rajya Sabha re-election bid of Sambhajiraje Chhatrapati.

Shinde said an appropriate decision on Sambhajiraje's candidature will be taken by party head and Chief Minister Uddhav Thackeray. 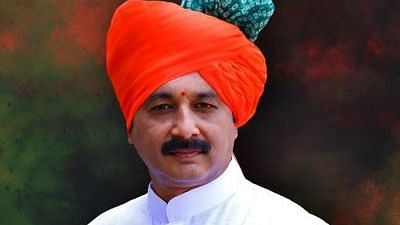