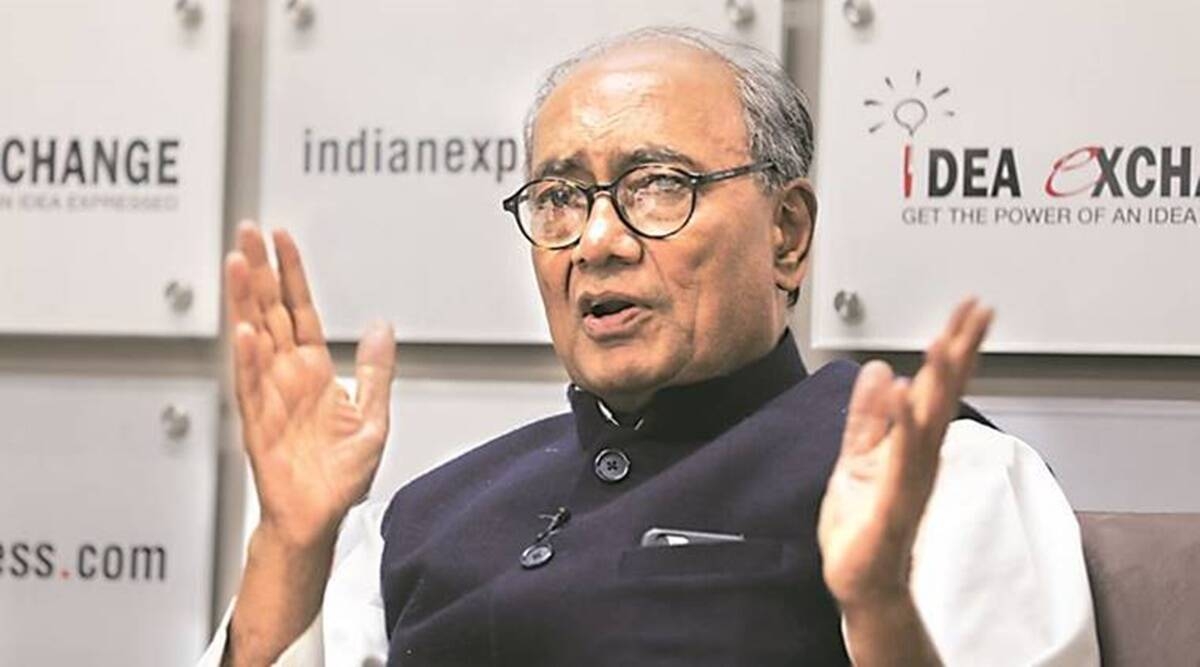 Jaipur: The veteran Congress leader Digvijay has alleged that BJP leaders are involved in drug peddling in various parts of the country and a corporate house Adani Group’s Mundra port is involved in illegal drug handling after the central agencies have seized heroin worth Rs 2 lakh crore in a month at the port.

Digvijay Singh was in Jaipur to address a press conference on Friday. He attacked the central government, its agencies, BJP and RSS but denied to comment anything on the conflicts of his party.

Singh raised questions on the working of the National Investigation Agency (NIA) and said that the government has given the investigation of one of the seizures of hair on of Rs 3000 crore to NIA that gives clean chit to those who were involved in blasts at different places. "It's prosecutors work for acquittal of the accused rather than for conviction", said Singh.

He demanded that the investigation of the case should be handed over to a Supreme Court justice who should be appointed by a committee headed by the leader of the opposition.

Singh also claimed that demonetization is a big scam and most of the new currency was supplied to the cooperative banks that are in control of the union home minister.

He also attacked RSS and said that this is an organization that is not registered and has no bank account, still, it claims that it has done relief work of over Rs 7 crores during Covid-19 induced lockdown.