HomeIndiaGujarat: Odisha man takes lover to Surat, stabs her 49 times after being annoyed of her marriage request

Gujarat: Odisha man takes lover to Surat, stabs her 49 times after being annoyed of her marriage request

As per reports, the accused wanted to get rid of the woman.

Gujarat: Odisha man takes lover to Surat, stabs her 49 times after being annoyed of her marriage request | Representative Photo
Follow us on

In another gruesome killing, a man from Odisha’s Bhubaneswar allegedly stabbed his lover 49 times as he was not ready to marry her.

As per an India today report, accused Jagannath Goda, murdered Kunidar Seemadas in a bid to get rid of her. He took her to Gujarat’s Surat with him where he committed the crime. Goda has now been arrested. Meanwhile, the Kerala Police on Thursday took into custody a man accused of killing his live-in partner in broad daylight in Kerala capital Thiruvananthapuram.

Rajesh, the accused, allegedly attacked his partner Sindu with a machete, a sword-like weapon, on Thursday morning.

The victim was rushed to the hospital but was declared brought dead.

"The victim and the accused were living together for the past two years. Initial investigation suggests that a brawl escalated into a physical fight between the two. We have taken the accused into questioning," the police said.

An investigation into this matter is underway. 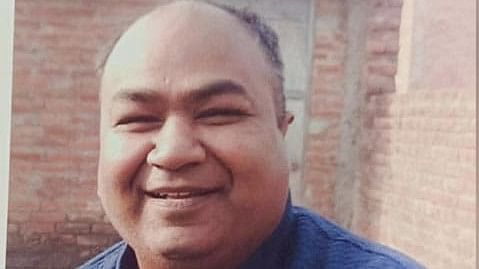