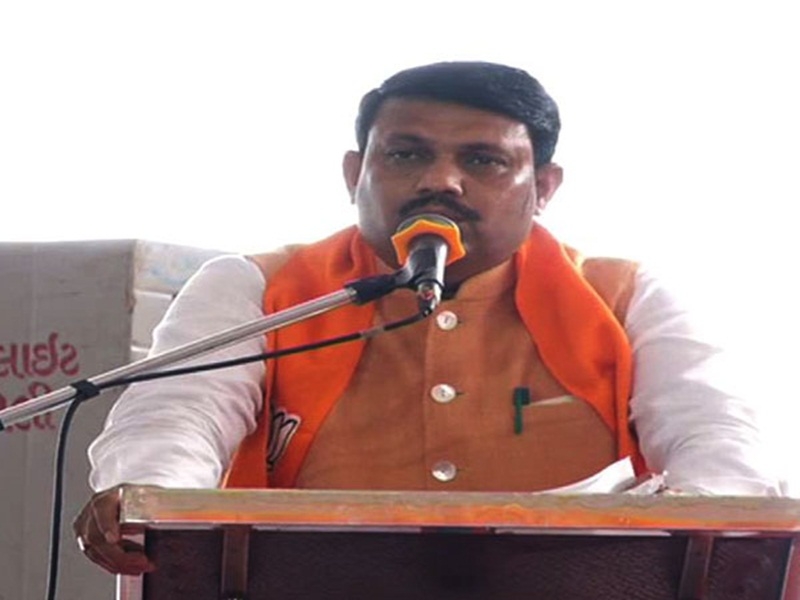 Surat (Gujarat): Gujarat minister Ganpat Vasava has stirred a controversy by saying that Congress president Rahul Gandhi should be made to consume poison by his party workers to prove that he is a true devotee of Lord Shiva.

“People from the Congress claimed that their leader Rahul Gandhi is an avatar of Lord Shiva. Now, since Lord Shiva used to consume poison to save people, I want Congress workers to make their leader consume 500 grams of poison,” Vasava, who is the state’s Tribal Development Minister, said at a rally here on Monday.

“If he survives like Lord Shiva after consuming poison, we will all believe he is a true reincarnation of Lord Shiva” the Gujarat Minister added. A similar statement was made by another BJP leader, Kamal Patel, who said the Gandhi scion should consume poison to prove that he is “worth worshipping like Lord Shiva.”

“Congress always demands proofs. Now, we also want. If Congress thinks Rahul Gandhi is Shiva avatar then they should give him poison. If he will survive like Shiva then we will also worship him,” Patel had said on March 23. The BJP leader’s comments came after posters surfaced in the streets of Madhya Pradesh portraying Gandhi as the Hindu deity.