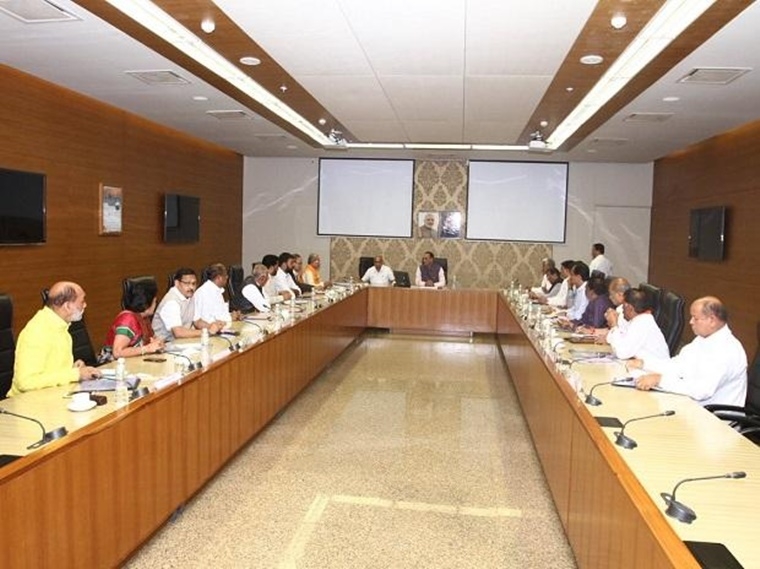 The Gujarat government on Wednesday transferred 26 senior IAS officers and carried out a large scale reshuffle in the state’s top bureaucracy with the appointment of new secretaries in departments like health and family welfare, energy & petrochemicals and industries & mines, reported Indian Express.

According to the report, Additional Chief Secretary of the Revenue Department, Pankaj Kumar, has been transferred to the Home Department.

Another 1986-batch officer, Vipul Mittra, currently serving as the ACS of Labour and Employment, has been transferred to the Panchayats, Rural Housing, and Rural Development Department as its ACS. Mittra replaced A K Rakesh, who has been shifted to the GAD as its ACS.

Commissioner of Relief, Harshadkumar Patel, has been shifted to the Labour and Employment department as its Secretary.

Senior IAS officer Rajiv Kumar Gupta, also from the 1986 batch, has been shifted from the Forests and Environment Department and made the ACS of Industries and Mines Department. Gupta has been replaced by Arunkumar Solanki, who is currently serving as the managing director of the Gujarat Mineral Development Corporation (GMDC).

Kamal Dayani, serving as the ACS in GAD, has been made the new head of the state Revenue department.

Sunaina Tomar, ACS in the Energy and Petrochemicals department, has been transferred to the Social Justice and Empowerment department as its ACS. Tomar replaced Manoj Aggarwal, who will now head the Health and Family Welfare Department as its ACS following the transfer of Jayanti Ravi to Auroville, Tamil Nadu, on deputation.

Mamta Verma, Principal Secretary in the Industries and Mines Department, has been shifted to Energy and Petrochemicals department in place of Sunaina Tomar.

Vadodara Municipal Commissioner P. Swaroop has been shifted to Gandhinagar as the Commissioner of Land Reforms. He was replaced by Shalini Agrawal, currently serving as the Collector of Vadodara district.