The alert may possibly have emanated out of intelligence developed after two Pakistani fishing boats were found abandoned along the Harami Nala on the Indo-Pak border in the Rann of Kutch five days ago.
FPJ Bureau 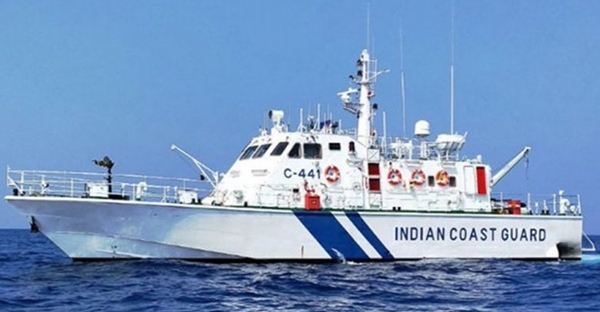 Kandla: Indian security agencies across the Gujarat coast and border with Pakistan went on a high alert following intelligence inputs that Pakistan defence forces trained commandos or terrorists may be trying to infiltrate into the state in small batches.

The alert may possibly have emanated out of intelligence developed after two Pakistani fishing boats were found abandoned along the Harami Nala on the Indo-Pak border in the Rann of Kutch five days ago.

The two single engine boats were found by a BSF patrol in the early hours of Saturday last and has led to an intensive search operation in the area.

Though nothing has surfaced so far, suspicions have been heightened since a similar Pakistani fishing boat was sighted in the same area in May and was seized.

Ports along the coast have been alerted and security heightened to guard against any attempt to trigger underwater attacks by commandos. The Kanlda port as well as the Adani port are two major such installations in Kutch.

An alert has also been put out by Adani Port and Logistics, too, which manages the country's largest private port at Mundra. The region has many critical installations, including the world's largest oil refinery at Jamnagar which is run by Reliance Industries and also a similar facility operated by Russian giant Rosneft at Vadinar.

Last year, too, there was intelligence input hinting at the possibility of the Jaish using deep sea divers to attack Navy warships and other strategic assets.

The alert has come just days before Ganesh Chaturthi, a major festival in the western region. Goa Police have also sounded an alert across the state and stepped up security arrangements ahead of the 10-day festival, which begins on September 2.

A few days ago, Tamil Nadu was also put on high alert following intelligence inputs that a six-member group of Lashkar-e-Toiba (LeT) had infiltrated the state.