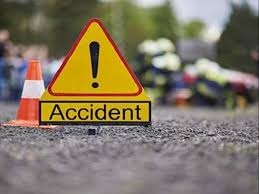 Anand: Ten persons were killed after their car collided with a truck coming from the opposite direction near Indranaj village in Gujarat's Anand district on Wednesday morning, police said.

"The car in which 10 persons, including a child, were travelling, was hit by the speeding truck. All the 10 occupants of the car were killed on the spot," he said.

The car was going towards Vataman, while the truck was coming from the opposite side, he said. Efforts were on to get the bodies out of the mangled remains of the car and identify the deceased, the official said.