Grim start to New Year, 12 die in stampede at Vaishno Devi shrine in Jammu and Kashmir 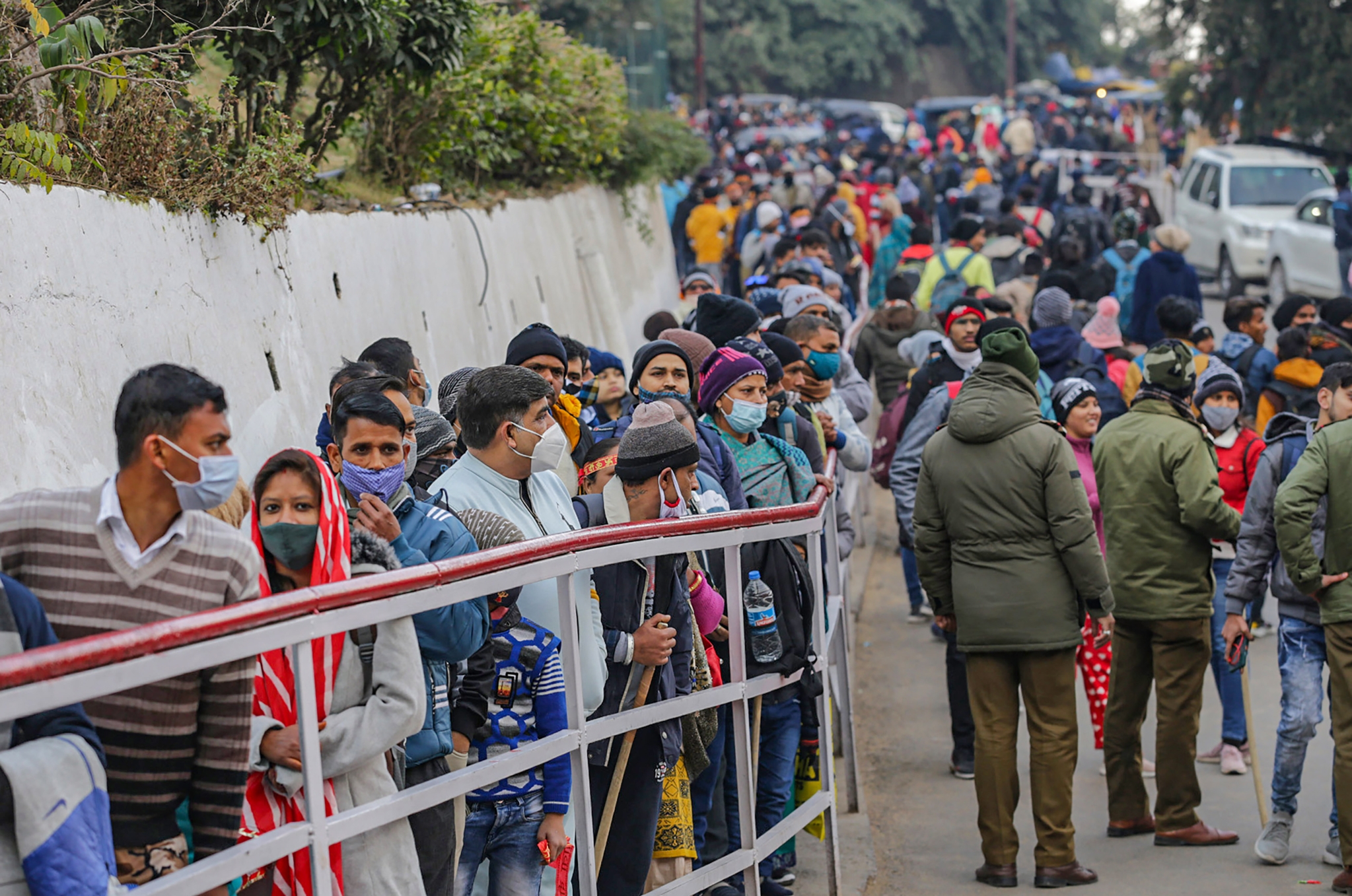 It was a grim start to the New Year. At least 12 people were crushed to death and over a dozen were injured in a stampede at the Mata Vaishno Devi shrine in Jammu and Kashmir in the wee hours on Saturday.

Initial reports suggest there was a minor altercation among some youngsters at around 2.30 am near Gate 3; jostling followed with pilgrims pushing each other and, within seconds, it snowballed into a stampede situation.

Eyewitnesses blamed the stampede on heavy rush of devotees and poor crowd management. Officials, however, claimed the police and the civil administration were quick to respond, and order was immediately restored but, by that time, the damage had been done.

Video footage seemed to reinforce the account of eyewitnesses: Hundreds of pilgrims were thronging outside the gate leading to the sanctum sanctorum of the shrine, located atop the Trikuta hills, when the stampede started. Soon, it was panic stations with pilgrims falling over each other. The footage suggests there was brazen violation of social distancing norms and Covid protocol.

Condolences poured in from all quarters, and Prime Minister Narendra Modi spoke to Jammu and Kashmir Lieutenant Governor (LG) Manoj Sinha and Union ministers Jitendra Singh and Nityanand Rai to take stock of the situation.

Sinha has ordered a high-level inquiry. The condition of two persons who are hospitalised is understood to be serious.

Senior officials said the bodies of the deceased have been taken to a hospital in the Katra base camp for identification. Political parties in Kashmir, including the National Conference and the People's Conference, expressed grief over the incident.

The PDP said such "mismanagement" has been unheard of in recent times. "Our heartfelt condolences go out to the families who lost their loved ones & pray for speedy recovery of the injured," it said in a tweet.

The shrine is open, and as per last reports, devotees were paying obeisance. The Prime Minister's Office has announced an ex gratia grant for the victims. Union Home Minister Amit Shah said he was deeply pained by the tragic accident.