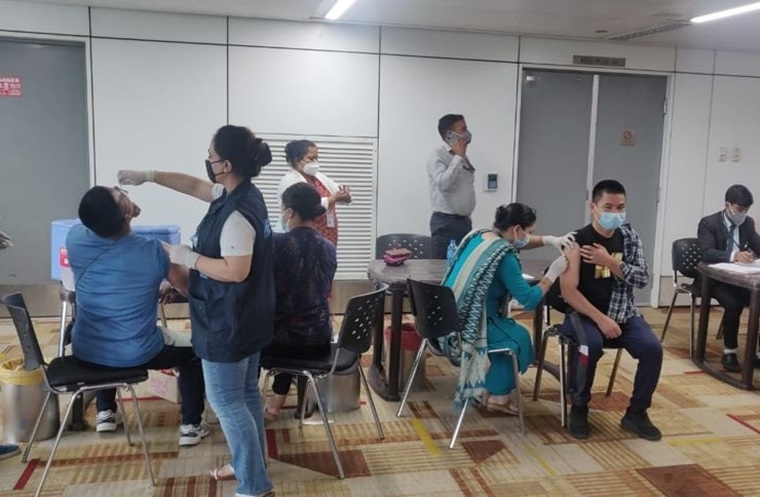 Union Health Minister Mansukh Mandaviya on Sunday said that India has decided to vaccinate Afghanistan returnees against polio for free as a preventive measure against the polio virus.

The minister also shared a photo where returnees could be seen getting jabs at the Delhi international airport.

A special Indian Air Force repatriation flight ferrying 168 evacuees from Kabul landed at the Ghaziabad Hindon air base on Sunday.

The flight had 107 Indian nationals among those evacuated from Afghanistan, which has been overtaken by the Taliban a week ago. Passengers who arrived here will first undergo a COVID-19 RT PCR test.

India has been allowed to operate two flights per day from Kabul to evacuate its nationals stranded in Afghanistan, government sources told ANI.

This was the second evacuation made by the Indian authorities to bring back the stranded Indian and Afghan nationals who wanted to come to India after the Taliban took control of Afghanistan on August 15, 2021.

The first air rescue operation was made on August 17, when an IAF C-17 aircraft brought back 120 Indians, including Indian Ambassador Rudrendra Tandon, the last batch of the Indian embassy staff, ITBP personnel from the Kabul airport amidst the critical situation in Afghanistan.

However, the Government has been making all efforts to bring back Indians and leaders of the Afghan Sikh and Hindu communities who have feared Taliban's prosecution.

The Kabul airport was closed on August 16 evening for commercial operation but it was reopened for military aircraft deployed for evacuation operations on Tuesday by the American agencies.