‘Govt owes a lot more to farmers than half-baked apology’: Congress hits out at Centre over farm laws 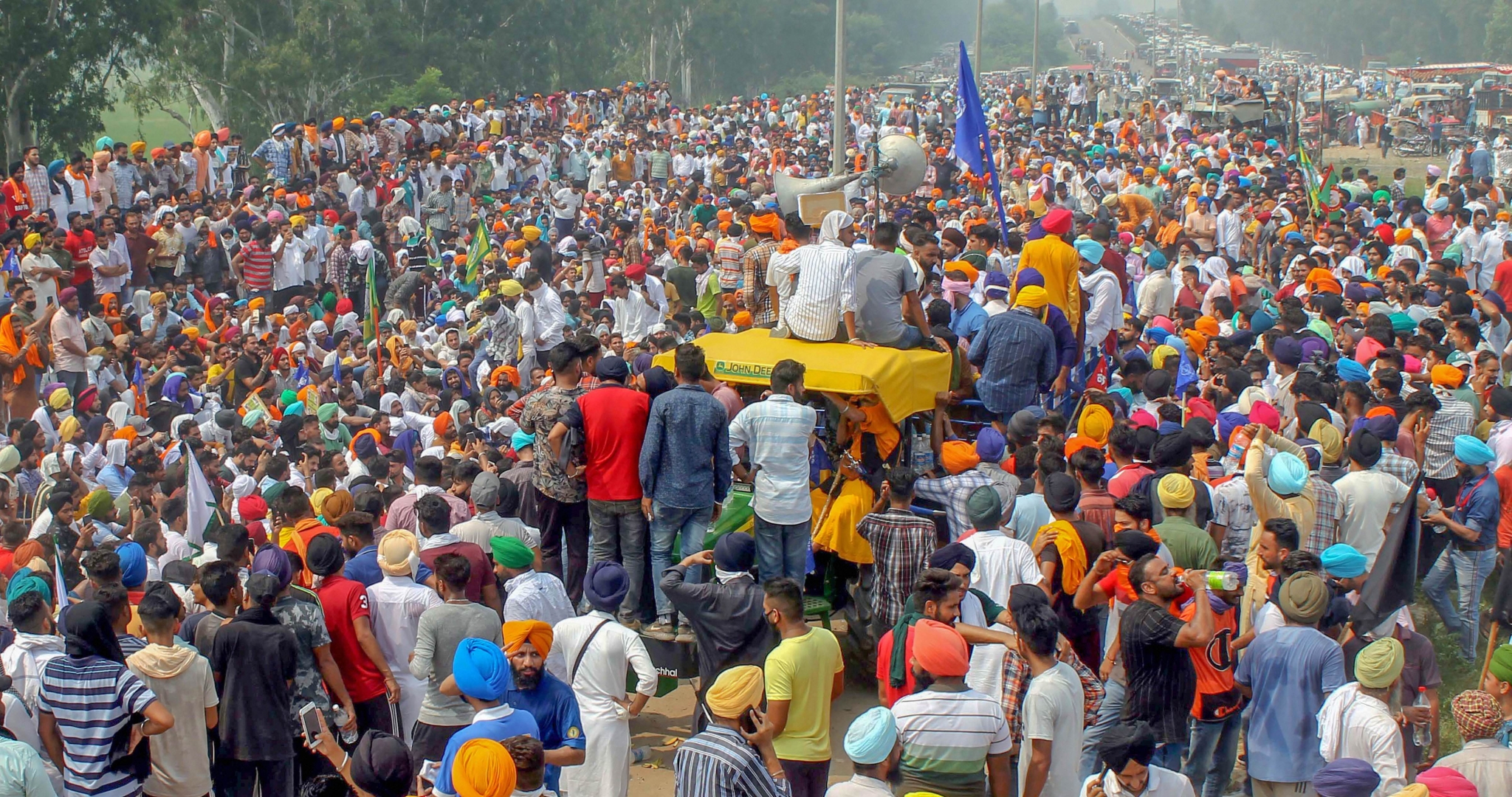 New Delhi: Hitting out at the Centre, the Congress on Monday said it owes a lot more to the farmers of the country than a "half-baked apology" and the announcement that three "anti-farmer" laws would be repealed.

Every member of the Narendra Modi government must offer an "unreserved apology" to the farmers, to the people and to the nation, the opposition party said in a series of tweets.

The Congress' attack on the government came days after Prime Minister Narendra Modi announced the Centre's decision to repeal the three agriculture laws that had triggered year-long protests by farmers.

Modi had also apologised to the people over his government not being able to "convince" a section of the farmers about the "truth" regarding the benefits of the farm laws.

The Congress said after the "tragedy" that unfolded over the last one year, the government owes a lot more to "our farmers than a half-baked apology and claims of repealing the anti-farmer laws".

Until Union Minister of State for Home Ajay Mishra is fired, the farmers will not have justice, the party added. The minister's son, Ashish Mishra, is one of the accused in a case involving violence in Lakhimpur Kheri district of Uttar Pradesh, in which eight people including four farmers were killed.

"Day after day, state after state, they brought out the full might of their police force, and for what end? To mercilessly beat peaceful farmers, protesting for their rights," the Congress wrote on Twitter, using the hashtag "DeshNahiBhulega" (the country will not forget).

"We haven't forgotten the vile and despicable words used against our farmers. Nothing this government does will make up for that," it said. Meanwhile, citing a media report, Congress leader Rahul Gandhi targeted the government over alleged corruption in the transfer of money to Jan Dhan accounts. Repeal of farm laws: Farmers have demonstrated that the Gandhian way can trump the might of the...