Governor of Tamil Nadu, Banwarilal Purohit, gets additional charge of Governor of Punjab, Administrator of Chandigarh 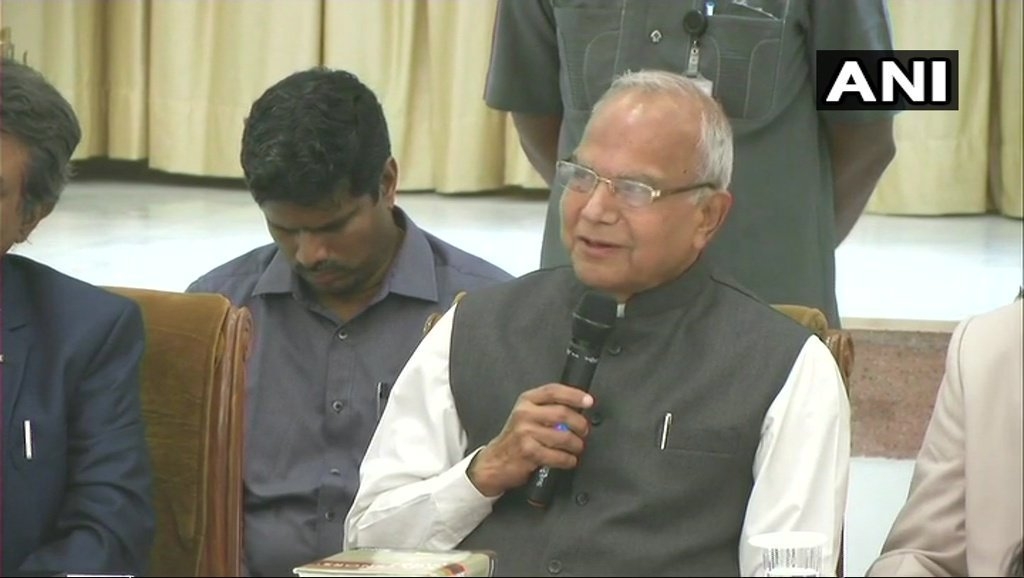 President Ram Nath Kovind on Friday appointed Banwarilal Purohit, Governor of Tamil Nadu, to discharge the functions of Governor of Punjab, in addition to his own duties. He has also been appointed as Administrator of the Union Territory of Chandigarh.

"The President of India has also been pleased to appoint Shri Banwarilal Purohit to be the Administrator of Union Territory of Chandigarh, in addition to his duties as Governor of Punjab," it added.

"The President has been pleased to appoint Shri La. Ganesan, to be the Governor of Manipur with effect from the date he assumes charge of his office," a Rashtrapati Bhavan press release said.

Meanwhile, La. Ganesan has been sworn in as 17th Governor of Manipur at the Durbar Hall of Raj Bhavan in Imphal on Friday. Manipur high court chief justice PV Sanjay Kumar administered the oath of office and secrecy to Ganesan.