Lobo, former MLA from Calangute, was Minister for Port in the Pramod Sawant-led Goa government.
PTI 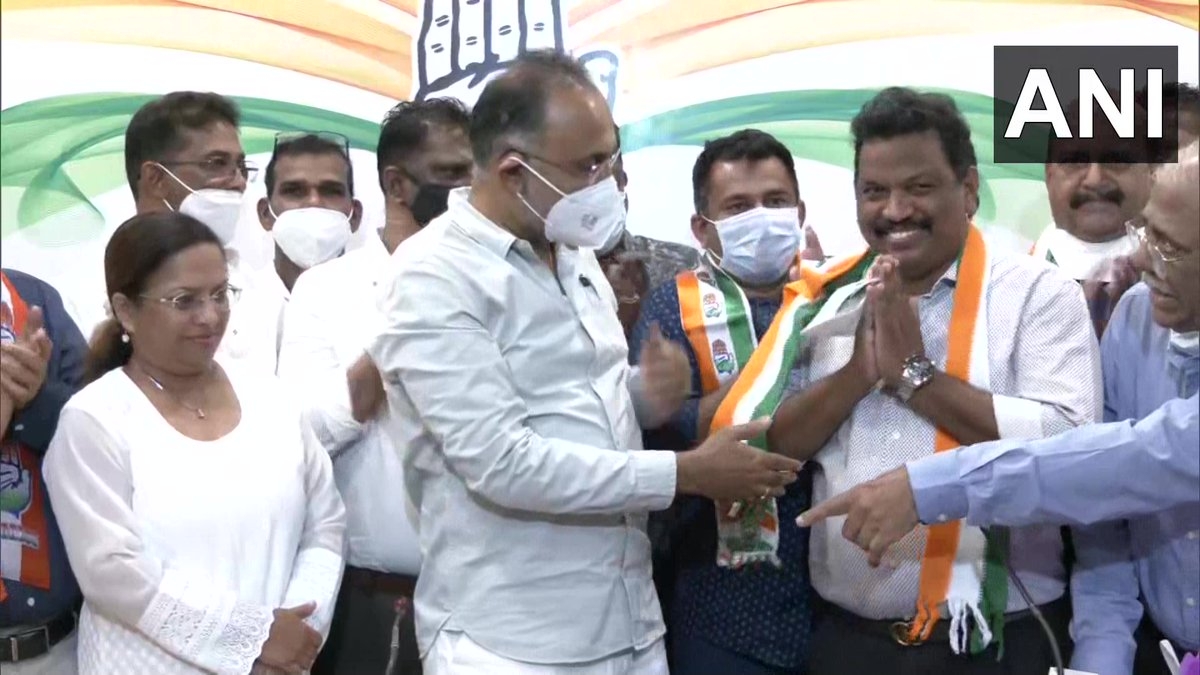 Former BJP leader Michael Lobo on Tuesday joined Congress, a day after resigning from the Goa cabinet and quitting the saffron party.

Lobo, along with his wife Delilah who is seeking ticket from Siolim constituency in the next month's Assembly elections, joined Congress in the presence of the party's Goa in-charge Dinesh Gundu Rao and Leader of Opposition Digambar Kamat.

Lobo, former MLA from Calangute, was Minister for Port in the Pramod Sawant-led Goa government.

Rao said on this occasion that the Congress had a track record of doing things that benefit the coastal state. "We have a great history. Today, the Congress is the only alternative if you want a good and stable government," he said.

With Lobo's induction in the party, Congress will win more than 25 out of 40 seats, Rao claimed.

In a veiled swipe at the Trinamool Congress and Aam Aadmi Party, he said, "People in Goa want to remove the BJP, but some other political parties have come to Goa to create disturbance and help the BJP." These parties do not want Congress to get full majority and are aiming for a hung assembly which would suit them, he alleged.

"They have no vision, no program....They have a mischievous agenda, Rao said.

Lobo, who was with the BJP for over a decade, claimed that Congress will win more than 22 seats in Goa.

He was opposed to several decisions taken by the BJP-led state government and had aired his views in public, he claimed.

Kamat said the newer parties lured away Congress leaders by making various promises, but these leaders are now realizing that their future lies only with Congress.

"They will all come back in reverse direction," he added.