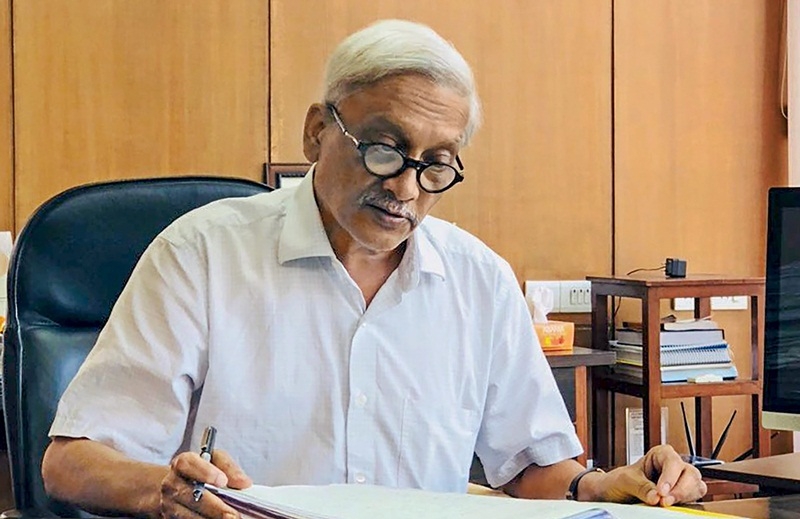 “We came to meet him. There was no discussion. We met him, talked to him and left. CM is very well. In best condition. We chatted with him,” Tanavde said. Parrikar is suffering from advanced pancreatic cancer and has been in and out of hospitals in Goa, Mumbai, New York and Delhi for nearly nine months.

He returned from New Delhi’s All India Institute of Medical Sciences on October 14 and had not made a public appearance for two weeks.  Over the last three days, Parrikar has chaired a cabinet meeting, a meeting of the state Investment Promotion Board and Thursday’s meeting with BJP leaders, following pressure from the opposition, which alleged that he was no more.

Party sources said that state BJP President Vinay Tendulkar was expected to meet BJP President Amit Shah on Friday to apprise him about the political scenario in Goa. Parrikar’s prolonged ailment has dented the ruling party’s image in Goa.