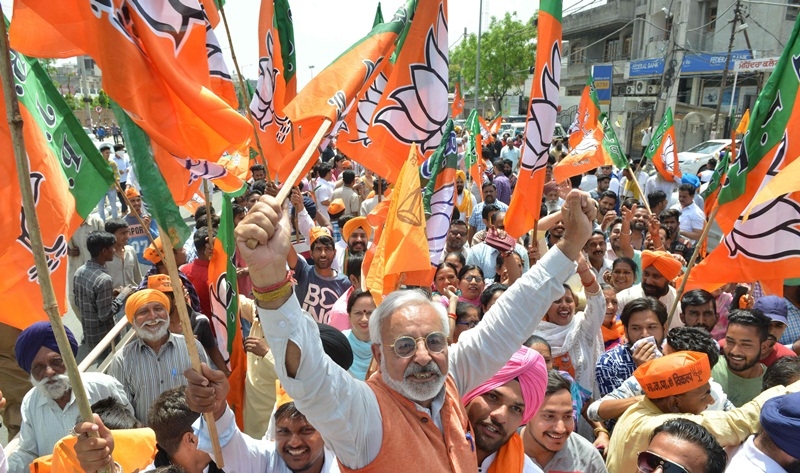 Goa: Goa BJP spokesperson Urfan Mulla claimed that despite the inroads of TMC, BJP will win more than 23 out of 40 Assembly seats.

Talking to the Free Press Journal, Mulla claimed that no matter how much TMC makes inroads or forms alliances with other parties, the BJP will again form the next government in Goa.

“The TMC is announcing schemes ahead of the polls as they are aware that they cannot form the government. Moreover, whatever schemes they have announced so far are already implemented by the BJP government under the Economic Development Corporation (EDC) scheme for the people,” said Mulla.

When asked if the Christian MLAs quitting the party can be detrimental for the BJP to garner votes from the Christian community, the BJP spokesperson claimed that the saffron camp is focusing on a few faces irrespective of the community.

Claiming that the BJP doesn’t encourage ‘Pariwar Raj’, Mulla slammed Michael Lobo for allegedly asking for tickets for his wife as well.

“Congress and TMC believe in family politics but BJP doesn’t. Lobo wanted to contest and also asked for another ticket for his wife which was denied by the party leading to his defection to the Congress,” further mentioned Mulla.

It can be noted that earlier this week BJP MLA Michael Lobo resigned from all his posts and left the saffron camp claiming that the party is deviating from ideologies of former Goa Chief Minister Manohar Parikkar.

Mulla also claimed that the BJP doesn’t have to highlight the works done by the BJP government ahead of the polls as they are ‘confident’ that the people of Goa are extremely benefitted by the BJP.

“The people’s development and their upliftment is the only agenda of the BJP and will continue to be so for which we don’t have to campaign. The TMC is going all out just to be in the limelight,” further added the BJP spokesperson.

Meanwhile, TMC MP and Goa in-charge Mahua Moitra urged all the ‘likeminded’ parties to ally with the TMC as according to her ‘defeating BJP is the need of the hour’ and also claimed that the Congress should ‘wake up to its depleted strength’.