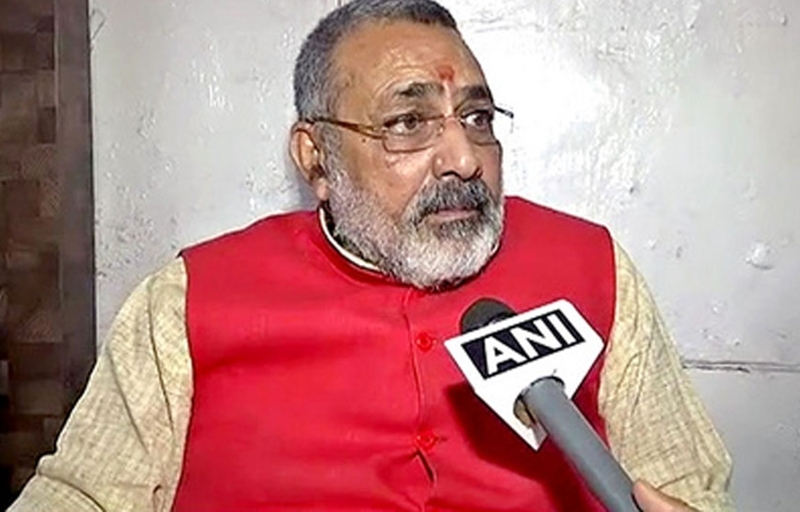 Begusarai: Union minister and firebrand BJP leader Giriraj Singh retained the Begusarai seat for his party, trouncing his nearest rival Kanhaiya Kumar of the CPI by a staggering margin of over four lakh votes. Singh, who had moved to Begusarai from Nawada, after initial reluctance over having to give up his sitting seat, got 6.88 lakh votes out of a total of 12.17 lakhs polled on April 29.

Kanhaiya Kumar, who first shot to fame after being booked in a sedition case while he was the president of the JNU students union, polled 2.68 lakh votes. RJDs Tanveer Hassan, who was the runner-up in 2014, stood third with just 1.97 lakh votes. The seat was won by BJP’s Bhola Singh five years ago who died last year. Notably, 20,408 voters in the constituency opted for NOTA.