The Asaduddin Owaisi-led AIMIM continued its dominance in its traditional stronghold of the old city of Hyderabad, winning 34
PTI 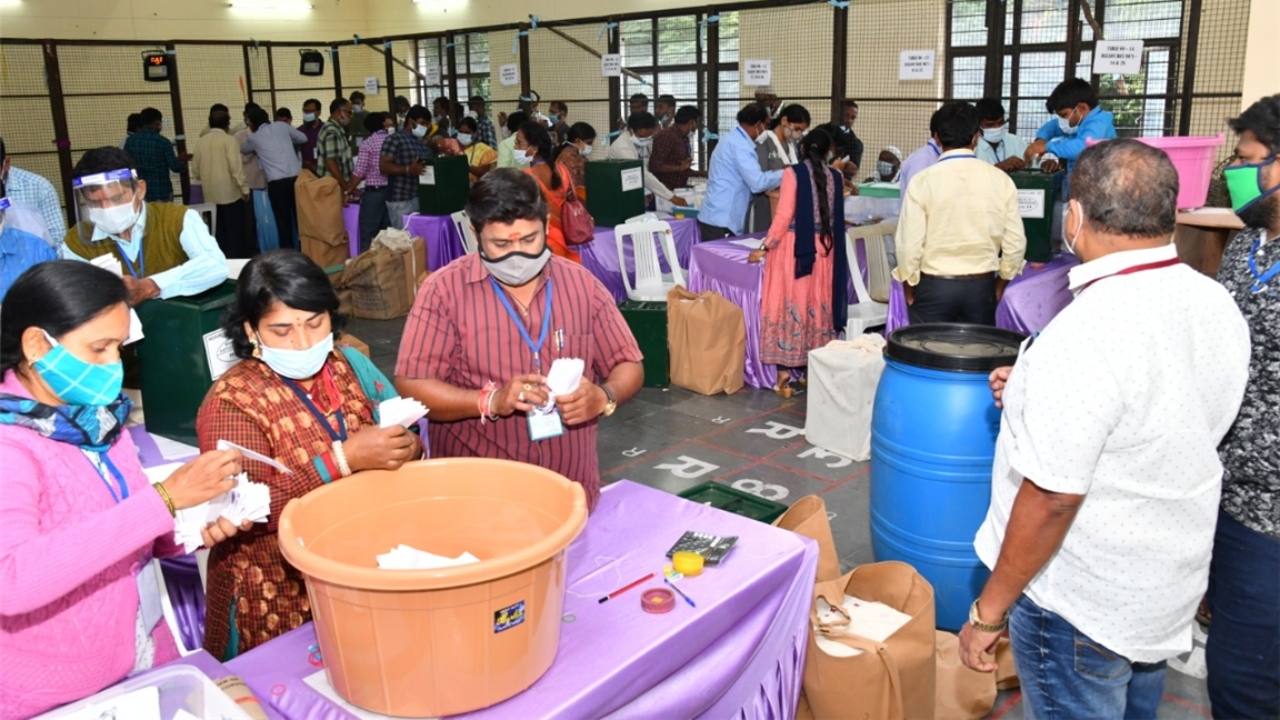 The ruling TRS looked all set to retain control of the city civic body, winning 41 of the 150 seats so far, while BJP's high profile campaign appeared to have paid off, with the party winning 22.

The Asaduddin Owaisi-led AIMIM continued its dominance in its traditional stronghold of the old city of Hyderabad, winning 34, as per the latest trends following the counting of votes for the Greater Hyderabad Municipal Corporation (GHMC) polls, held on December 1.

The Congress was a distant fourth, winning just two seats.

The TRS was leading in at least 15 other wards, while the BJP was ahead in about 25 seats.

The BJP's performance, if the present trend holds, leading to the saffron party possibly netting a significant number of seats, will be seen as a massive improvement against its 2016 show of winning just four seats, in alliance with the Telugu Desam Party (TDP) then.

The BJP's impressive show is a huge morale booster for the saffron party as it comes soon after its victory in last month's bypoll to the Dubbak Assembly constituency.

Ballot papers were used in the election to the 150-ward Greater Hyderabad Municipal Corporation (GHMC) on December 1.

Counting of votes began at 8 AM with postal ballots being counted first and BJP was ahead of its rivals in the postal ballot votes.

The polling percentage was an unimpressive 46.55%.

While the ruling TRS fielded candidates in all the 150 wards, BJP set up nominees in 149 wards.

The Congress, AIMIM and TDP fielded candidates in 146, 51 and 106 wards respectively.